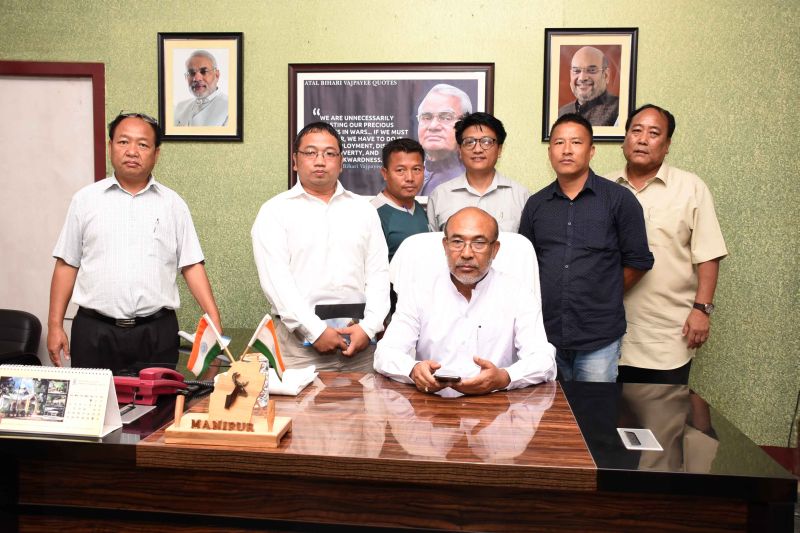 Journalists based in Manipur hill districts urged the Manipur Government to construct press clubs in hill districts. A six-member team of Manipur Hill Journalists' Union (MHJU) led by its president Ramkung Pamei called on Manipur Chief Minister N Biren Singh at the Chief Minister's Secretariat on August 22 and submitted a memorandum in this regard.
The memorandum explained the need of a press club each in all the district headquarters in the hills while urging him to start construction within this financial year from Tamenglong district headquarters.

After patiently listening to the members of MHJU, the Chief Minister assured them to look into their needs and grievances. Biren Singh also discussed various developmental works being executed in different hill districts with the scribes.