Committed to conclude the Naga Accord by year end: Ram Madhav 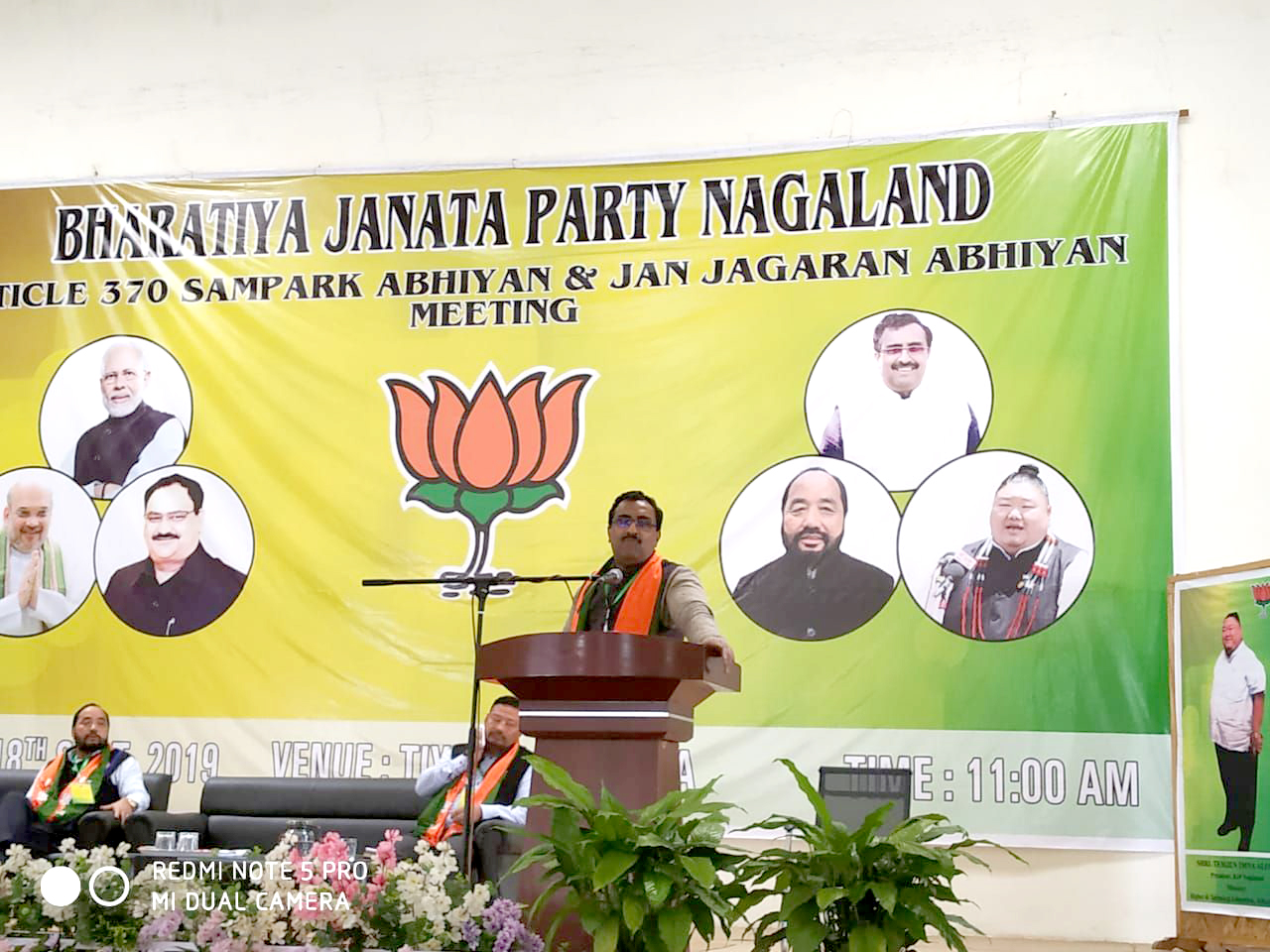 The General Secretary of the Bharatiya Janata Party (BJP) Ram Madhav, on Wednesday, stated that the party is committed to conclude the “Naga Accord” by year-end and reiterated that the Article 371 A is a “sacred commitment.”

“We are committed to conclude the Naga Accord by the end of this year so that peace and prosperity will prevail in Nagaland,” he said, while addressing an event organised by the Nagaland State BJP in Wokha.

Madhav, who is also the party In-charge of North East and Kashmir, attended the “Article 370 Sampark Abhiyan and Jan Jagaran Abhiyan Meeting” in Wokha Town on September 18 along with hosts of other BJP leaders across the state.

Allaying apprehension over abrogation of Article 370 in J&K and its possible impact, he further declared that Nagaland is in “safe hands.”

When Article 370 was incorporated into the Constitution, it was only an agreement between two leaders - former Prime Minister Jawaharlal Nehru from the Indian government and Sheikh Abdullah from Jammu and Kashmir, whereby, nobody was consulted nor there was any consultation on the matter in the Parliament, he asserted.

“Whereas, Article 371 A is a sacred commitment given to the people of Nagaland and supported by one billion Indian people and duly passed in the Parliament, and therefore nobody can touch it," he added.

Pointing out that since "there is a BJP Government under Prime Minister Narendra Modi in Delhi” and the party is part of the government in Nagaland, Madhav further state: “Nobody can touch any of the special provisions provided to the state of Nagaland under the Constitution of India."

The future of Nagaland is in “very safe hands” with Modi and the present BJP leadership in the state, he reiterated.

Referring to its Alliance partner, the Nationalist Democratic Progressive Party, Madhav noted that the seat sharing arrangement between the two parties was a ‘gentlemanly agreement’ and will complete its term.

Speaking at the meeting, both the Deputy Chief Minister Y Patton and State BJP President and Minister Temjen Imna Along echoed the same sentiments and urged upon all the party workers to spread the message  of hope and peace across the state.

They further urged the party workers to clarify on the frenzy media speculations and confusions surrounding the abrogation of Article 370 in J&K by the central government. The Ministers also called upon them to uphold the principles of the BJP party to attain greater heights.

Also attending the meeting, MLA and Advisor Mmhonlumo Kikon also affirmed Madhav’s statement in a tweet by sharing the latter’s reported declaration that,“There will be peace in Nagaland very soon.”