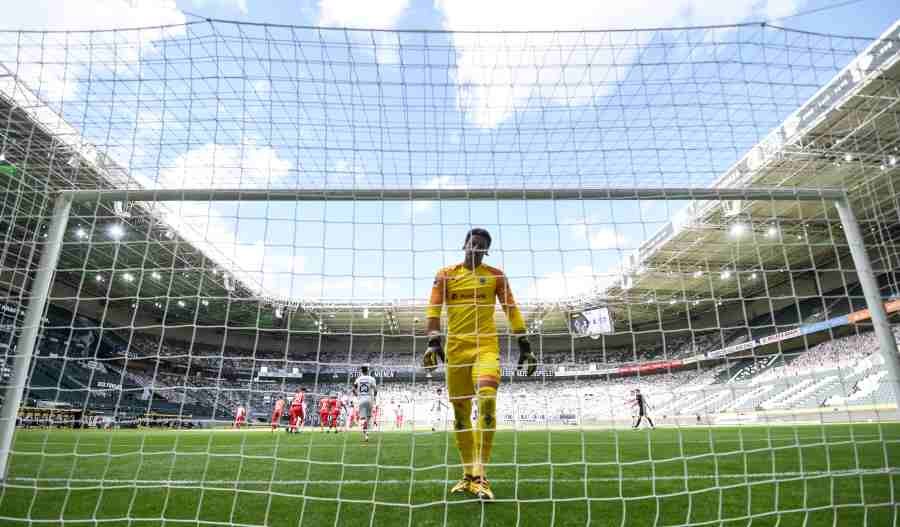 MOENCHENGLADBACH, Germany, May 23 (Reuters): Kai Havertz scored a brace for the second match in a row to lead Bayer Leverkusen to a 3-1 win at Borussia Moenchengladbach as they leap-frogged their opponents to go third in the Bundesliga on Saturday.

As with all Bundesliga matches since the coronavirus outbreak, the game was played behind closed doors but the stands were brightened by around 20,000 cutouts of real Gladbach fans, who had paid 19 euros ($20.71) each to have their cardboard images placed in the stadium.

After beating Werder Bremen 4-1 in their first game back since the coronavirus stoppage, Leverkusen got off the mark in the seventh minute.

Gladbach lost possession in midfield, the ball was played wide to Karim Bellarabi and he found Havertz who slotted it past Yann Sommer for his ninth league goal of the season.

The Foals levelled seven minutes after the restart when Ramy Bensebaini chipped the ball over the Leverkusen defence and Marcus Thuram waited for it to drop before firing a first-time shot past Lucas Hradecky.

Six minutes later, Leverkusen regained the lead with a penalty. Bellarabi broke away down the right and fired across the face of the goal but was felled by Nico Elvedi's sliding challenge.

The referee pointed to the spot, confirmed his decision after a long VAR review and Havertz converted despite Sommer getting a hand to the ball.

Sven Bender headed in a third from a free kick in the 81st minute to leave Leverkusen third with 53 points, one ahead of Gladbach, who dropped to fourth, and four behind second-placed Borussia Dortmund.

"It's not just about Kai," said Leverkusen coach Peter Bosz. "We, as Bayer 04, have produced a top performance and Kai was one of them. There were 13 others who played as well as Kai. Luckily, we had the VAR at the penalty so we can be sure that it was the right decision."

His opposite number Marco Rose said: "The penalty was the turning-point. Technically, it was correct but it is certainly open to discussion."