'Things that can and cannot be said' 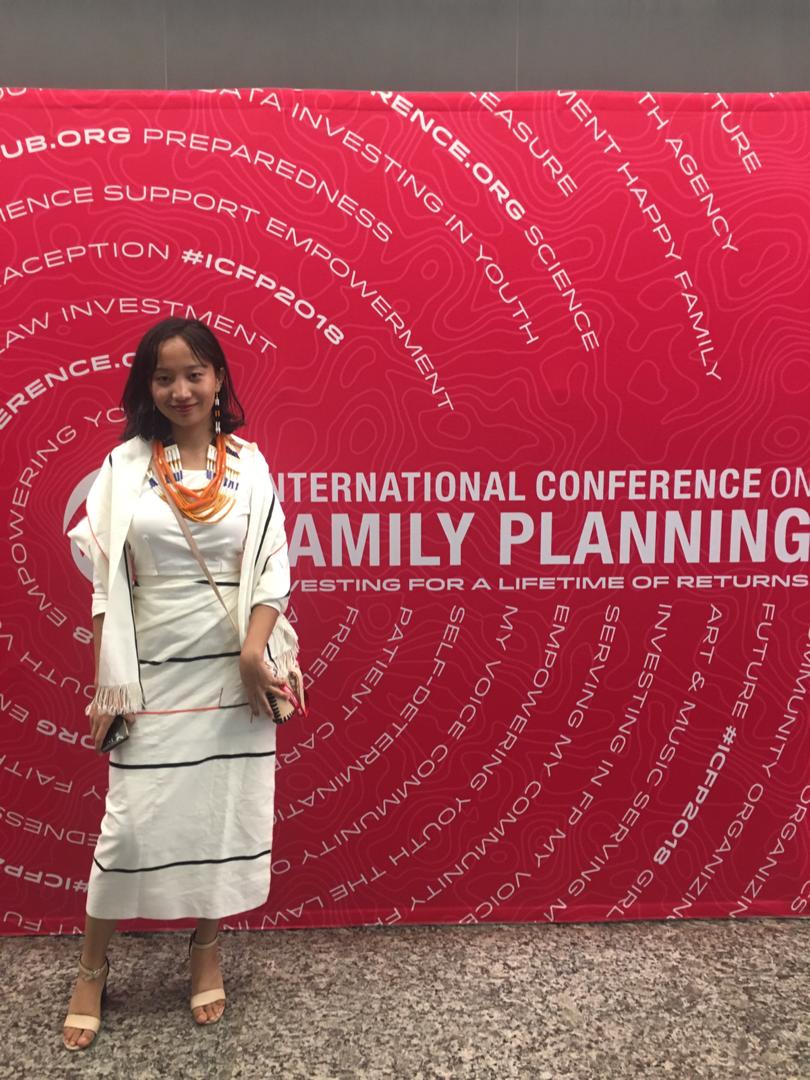 'Things that can and cannot be said'
Nagaland
19th September 2019

In 2018, 21 years old Sekulu Nyekha attended the International Conference on Family Planning in Kigali, Rwanda as a plenary speaker and writer.  As a writer, she had to create monologues on sexual health realities across the world. There, she received stories from Africa about young girls as young as 10 to 12 years of age talking about their bodies: things that cannot be discussed openly such as the development of a girl’s breasts, personal hygiene, menstruation, reproductive health. Similarities were drawn from Nyekha’s own experiences back home in Nagaland.

Nyekha recalls the African girls sharing their stories about the cultural practice of bathing children outside under the sun, where they begin to feel uncomfortable once they reach puberty. “That’s also part of our culture and I found so many similarities. Young girls were talking about that and once their breasts starting forming they started feeling uncomfortable and they were confused why it made them uncomfortable,” says Nyekha who shares that the experience made her learn new things from the African perspectives and from the Naga perspective as well.

Nyekha made headlines last week for being selected for the ‘120 under 40: The New Generation of Family Planning Leaders’ an initiative by the Bill and Melinda Gates Foundation to raise awareness about family planning and reproductive health across the globe. Nyekha is also one among the only three Indians to be selected for the Initiative where each of the fellows will be provided with a grant of 1000 USD.

“I’ve been wanting to create a storytelling platform for people with disability. Through this grant, I will be working on the topic of family planning which is basically the sexual health realities of people with disabilities. I am still drafting the project but I definitely want to do it there in Nagaland,” says Nyekha.

A strong advocate on sex and reproductive health, Nyekha feels that awareness is a pressing necessity in Nagaland. “When we are not talking about contraceptives, sexual reproductive health, the younger people are making choices which are leading them to one end to another without precautions. Information is what we really need. It is definitely impactful, because awareness is the base of a healthy society in itself,” says Nyekha while expressing concern over the growing prevalence of HIV and AIDS patients among young Nagas, teenage pregnancy, drop outs and its correlation to the lack of awareness in the area of sexual and reproductive health education.

Drawing her own experiences growing up in Nagaland where the concept of sex and reproductive education is totally lacking in most homes or educational institutions, Nyekha shares that the issue provoked her mind for quite some time. “When I was 15, my own peers were getting sexually active without knowing their own body properly. Some were getting pregnant while some were getting abortions- abortions which were not really done with precautions. The way they were treated by medical health practitioners really haunted them,” says Nyekha who strongly advocates and works on the education of puberty, menstrual hygiene to young girls. “I don’t think most of us really received any form of mentorship or education when it comes to such issues. That these are normal and one should be comfortable in one’s own body,” adds Nyekha.

In a conservative society like Nagaland where issues on abortion, sexual health, reproductive rights are still a taboo to openly and freely discuss, Nyekha affirms that to create awareness is still a challenge, yet all these issues are ‘a part of us as much as anything is.’

Nyekha is an alumnus of Little Flower Higher Secondary School and Mezhur Higher Secondary School who recently graduated from Jyoti Niwas College, Bangaluru in Performing Arts & Visual Communication with Psychology. She was a former intern and volunteer at Hidden Pockets Collective, Bangaluru. Nyekha is currently interning at a Media house called Inscriptions Publishing and simultaneously volunteering with the International Alliance for Family Planning (IYAFP). Fresh out of college, Nyekha will be taking a year break to work on her project.