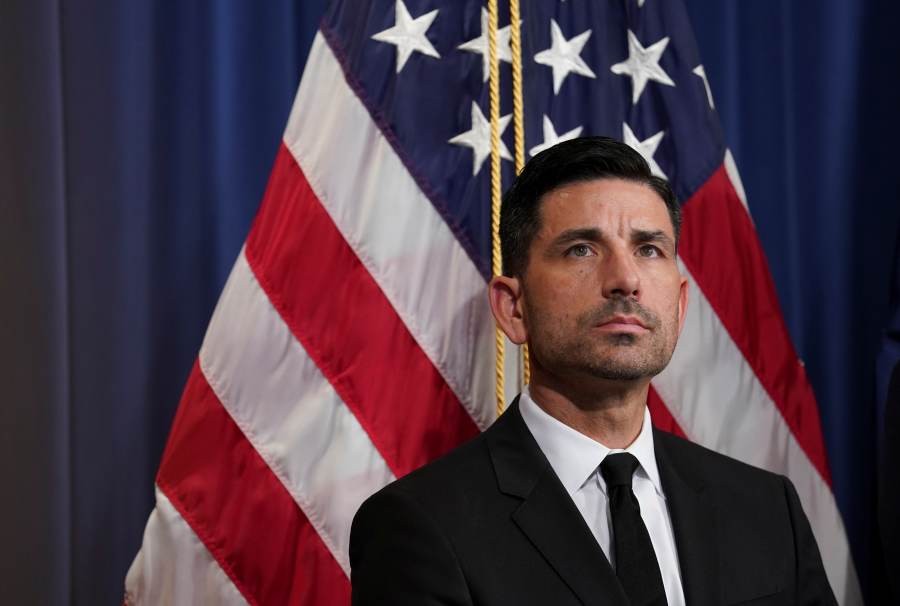 Acting Homeland Security Secretary Chad Wolf looks up during the launch of a new initiative to combat online child sexual exploitation during a news conference at the Department of Justice in Washington, U.S., March 5, 2020. REUTERS/File photo
Sports
23rd May 2020

WASHINGTON, May 23 (Reuters): The United States will exempt some foreign athletes who compete in professional sporting events in the United States from entry bans imposed because of the novel coronavirus epidemic, acting Secretary of Homeland Security Chad Wolf said on Friday.

"In today’s environment, Americans need their sports. It’s time to reopen the economy and it’s time we get our professional athletes back to work," Wolf said in a statement issued by the department announcing he had signed an order for the exemption.

President Donald Trump's administration is pushing to reopen the U.S. economy after drastic measures to combat the pandemic this year put tens of millions of people out of work.

Major U.S. professional sports were shut down as part of the effort to tackle COVID-19, the respiratory disease cause by the coronavirus which has killed more than 94,000 people and infected 1.57 million in the United States.

In its response to the epidemic, the Trump administration has also imposed bans on entry of travelers from China, where the epidemic started, as well as Iran and much of Europe.

Besides the athletes, the exemption applies to the sporting leagues' essential staff, spouses and dependents, the statement said.