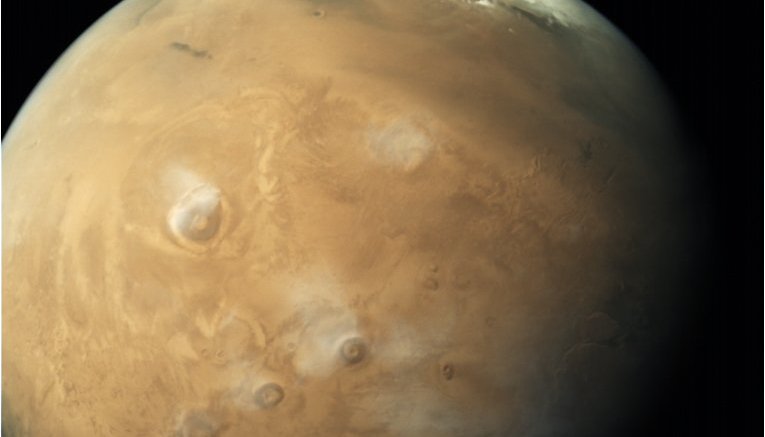 The new map of Mars winds helps scientists to better understand the workings of the Martian climate, giving them a more accurate picture of its ancient past and its ongoing evolution.

"These are the same models that are used to extrapolate the state of the Martian climate into the distant past," added Benna in the first paper published in the journal Science.

MAVEN (Mars Atmosphere and Volatile EvolutioN mission) celebrated the five-year anniversary of its entrance into orbit around Mars on September 21.

The primary scientific goal of the mission is to study what is left of Mars' atmosphere to determine how, in the distant past, an ocean-covered and potentially habitable Mars became the dry and desolate place it is today.

"The winds observed in the Martian upper atmosphere are sometimes similar to what we see in global model simulations, but other times can be quite different," said Kali Roeten of University of Michigan.

"These winds can also be highly variable on the timescale of hours, yet in other cases, are consistent throughout the observation period, said Roeten in the second paper published in the Journal of Geophysical Research-Planets.

Upper atmospheric winds on Earth have already been mapped in detail.

Winds drive a series of processes in the atmosphere that can affect the propagation of radio waves, which are crucial for communications purposes for those on the surface, and the prediction of paths satellites will take in their orbit around Earth.

Mapping Martian winds, therefore, is a crucial step towards understanding characteristics of extraterrestrial atmospheres beyond what we know about processes on Earth.

The upper atmospheric winds on both Earth and Mars are in the planets' respective thermospheres, which are areas where temperature increases with height.

This discovery was the first detection of topography-induced gravity wave ripples in the thermosphere of any planet, even Earth.