Even as the Dimapur Municipal Council (DMC) works to manage waste within its jurisdiction in the State’s commercial capital, the task ahead remains enormous.

The DMC collects garbage from 96 colonies within its jurisdiction including market places. An average of almost 115 Metric Tonnes (MT) of garbage is collected daily and is accumulated to the existing 50 lakh MT of legacy waste already at the council’s dumping site.

Legacy waste is garbage collected and kept for years at the dumping site, accumulated over a long period of time.
Over the years, the stench from the DMC dumping site and complaints from surrounding colonies had become a major issue. With the assistance of environmentalists and garbologists in the country, it was decided to manage the current waste, rejuvenate the land and regain land within the existing dumping site instead of shifting the site. This decision was taken in June 2018 and bioremediation process at the dumping site was introduced.

Bioremediation is a process used to treat contaminated water, soil and subsurface material by altering environmental conditions to stimulate growth of microorganisms and degrade the target pollutants with those organisms.

Speaking to the The Morung Express, DMC Administrator, Albert Ezung said Bioremediation involves application of bio agents over the garbage after which the waste is stabilized. It expedites the decomposition process and turns the waste into manure. “For effective decomposition of waste using the microbes, windrows are made so that there is maximum aeration, trapped methane and toxic gases are released, heat produced is stabilized and there is optimum conversion of waste to productive environmental friendly gases,” he added.

The reduced heap can be harvested for manure and remaining waste or non-biodegradable materials are separated and disposed. Waste plastic can be sent/sold for reuse while multi-layered plastics can be used for making plastic roads.

Wood, cloth, rubber and other combustible materials can be sent to factories that use incinerators. This way, the waste-land is regained at the dumping site and can be used for productive purposes.

The bioremediation method has helped, said the DMC administrator. “Now there is almost no stench, huge reduction of flies and positive feedback from people in the surrounding areas,” he claimed.

After the bioremediation process, the dumping site now has 5 lakh tonnes of stabilized waste. In order to segregate the stabilized waste and salvage the useful materials, the DMC has procured a bio-mining machine.

However, with legacy waste estimated to be 50 lakh MT and the productivity of one bio-mining machine segregating waste of only 50MT, the clearing of the dumpsite is going to take a long time since the daily waste collection is up to 115MT per day.

There are several other areas which require attention and improvement, the DMC acknowledged.

The bio-mining machine is not effective on rainy days. So unless the stabilized waste along with the machine is covered, productivity will be at a standstill during monsoon. Shortage of labour to run the machine could hamper its productivity, and though modifications are being made to increase productivity of the machine, automation is needed to reach optimum levels.

While the soil separated from the legacy waste will be accepted willingly by farmers, florists, horticulturists and even households, Dimapur does not have a big enough market to accept the reusable plastic in the near future. Marketing would have to be done in the surrounding states if no avenue opens up.

Meanwhile, non multi layered plastics can be recycled but due to non availability of a plastic washer and dryer, the economic value of the plastic is zero at the moment.

Another concern is the lack of a regulated collection area for medical waste and its treatment at the DMC dumping site.
While reclamation of the site remains the larger goal, the DMC stated that only after the dumpsite is 100% rid of legacy waste can the land be used for ambitious projects that will benefit the citizens of Dimapur.

Public participation needed
Responding to complaints regarding irregular collection of wastes, the DMC Administrator said that the routine has been worked out in a way where even within colonies the wastes are collected on daily basis. In some areas waste is collected on alternate days, in two days, three days etc depending on the quantity of waste generated in general and not based on individual household, he informed.

“Sometimes, vehicles break down and this causes delay. But we have set up a Sanitation Committee in all the colonies and these committees inform the DMC about any accumulated wastes and we dispatch vehicles and manpower as soon as possible,” he added.

“But as soon as they sweep the streets there are thousands of people littering behind them,” he said expressing the need to sensitize the public on maintaining clean environment.

The main challenge for the DMC, according to him, is keeping the markets clean. Towards this, he said discussions have been held with the DCCI and traders.

Underscoring people’s participation as indispensable, he stated that keeping the town clean should be a joint responsibility. “We tell the public not to litter everywhere or throw garbage into drainages but they continue with the same practise,” he lamented.

“DMC is for all of us and for the DMC to render effective service to the people, the public should support us and extend their cooperation,” he appealed. 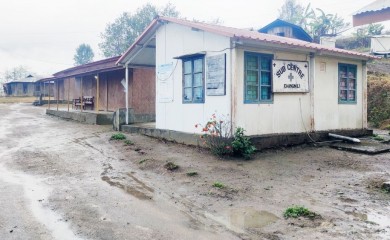 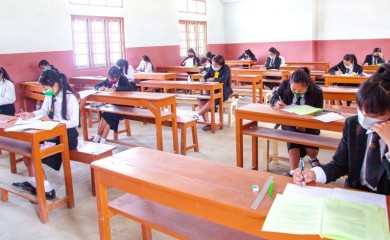