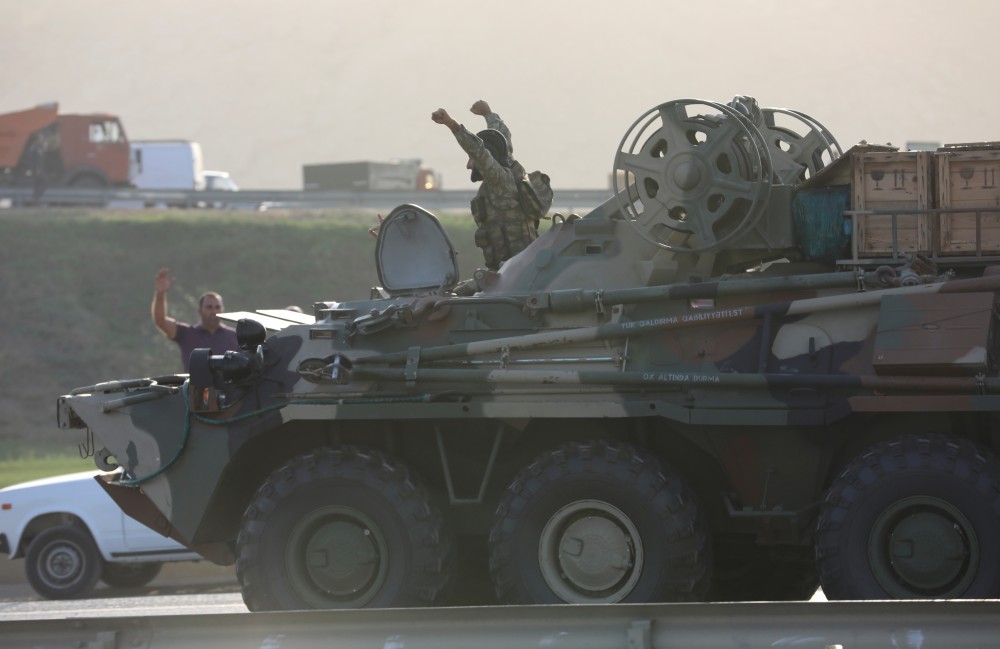 YEREVAN/BAKU, SEPTEMBER 28 (Reuters): Armenian and Azeri forces exchanged fierce fire for a second day on Monday over the territory of Nagorno-Karabakh, with the sides accusing each other of using heavy artillery amid reports of at least 21 deaths and hundreds of people being wounded.

The clashes between Armenia and Azerbaijan, the heaviest since 2016, have rekindled concern over stability in the South Caucasus region, a corridor for pipelines carrying oil and gas to world markets.

The two former Soviet republics have clashed periodically in a decades-long conflict over Nagorno-Karabakh, a breakaway region that is inside Azerbaijan but is run by ethnic Armenians.

Azerbaijan's president declared a partial military mobilisation, and his foreign minister said six Azeri civilians had been killed and 19 injured since the fighting began. Interfax news agency quoted an Armenian defence ministry representative as saying 200 Armenians had been wounded.

Nagorno-Karabakh reported that 15 more of its soldiers had been killed. It had said on Sunday 16 of its servicemen had been killed and more than 100 wounded after Azerbaijan launched an air and artillery attack.

Nagorno-Karabakh also said it had recovered some territory that it had lost control of on Sunday, and said Azerbaijan had been using heavy artillery to shell areas.

China and Russia urged both sides to show restraint.

The clashes have spurred a flurry of diplomacy to defuse the reignited tensions between majority Christian Armenia and mainly Muslim Azerbaijan. Russia called for an immediate ceasefire and another regional power, Turkey, said it would support Azerbaijan, its traditional ally.

Armenia's ambassador to Russia said on Monday Turkey had sent around 4,000 fighters from northern Syria to Azerbaijan, Interfax news agency reported, an accusation denied by Baku.

Under international law, Nagorno-Karabakh is recognised as part of Azerbaijan. But the ethnic Armenians who make up the vast majority of the population reject Azeri rule.

They have run their own affairs, with support from Armenia, since Nagorno-Karabakh broke away from Azerbaijan in a conflict that erupted as the Soviet Union collapsed in 1991.

Although a ceasefire was agreed in 1994, after thousands of people were killed and many more displaced, Azerbaijan and Armenia frequently accuse each other of attacks around Nagorno-Karabakh and along the separate Azeri-Armenian frontier.

Pipelines shipping Caspian oil and natural gas from Azerbaijan to the world pass close to Nagorno-Karabakh.