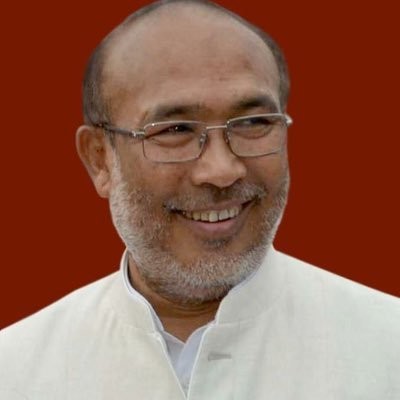 The chief minister moved the confidence motion at the last part of the one-day monsoon session of the state Assembly.

Even as the opposition Congress earlier gave a notice to the Assembly for moving a no confidence motion, Speaker Y Khemchand took up the motion moved by the chief minister.

The Congress submitted three notices of no-confidence motion on July 28 alleging that the coalition government had not translated an assurance given in the House to hand over to the CBI a high-profile drug seizure case involving former ADC chairman Lukhosei Zou.

After all the government businesses were taken up, the Speaker took up the confidence motion moved by the chief minister at the last part of the session which continued till late in the evening.

At the time of taking up the motion, there were 28 legislators of the ruling in the House while only 16 members in the opposition bench.

However, when the Speaker sought opinions of the members on passing the motion by voice vote, opposition members pressed to pass the motion on division vote.

But, the Speaker insisted for the voice vote and when the motion was passed on voice vote, uproar was witnessed in the House as opposition members protested against the ruling of the Speaker.

The 60-member House of the state Assembly has an effective strength of 53 members including the Speaker after four members were disqualified under the anti-defection law and three BJP MLAs resigned.

The Congress has 24 members and the ruling coalition has 29 members (18 BJP, four each of NPP and NPF, one each from Trinamool Congress and Lok Janshakti Party and an independent). The 18 member BJP included the Speaker.
The Congress and BJP issued whips to their respective legislators to ensure to present in the House when the confidence motion is moved.

When chief minister N Biren singh moved the motion of trust to his government, opposition leader O Ibobi Singh observed that the objective of both the motions moved by ruling and opposition were almost the same.

The Congress party alleged that the incumbent coalition government lacks transparency. Even after three and a half years of running the government, the government has not prepared a common minimum programme, he added.