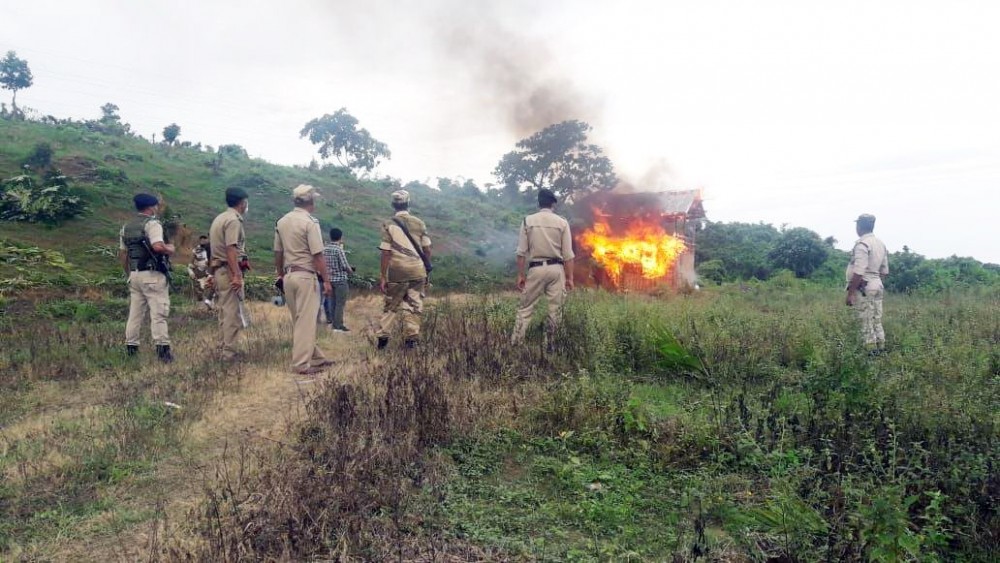 Wokha, July 11 (MExN): In continuation of the efforts against encroachment on the Government-purchased lands at Yimparasa, Bhandari and Longayim in Wokha District, an anti-encroachment drive was carried out by a joint team consisting of Forest, District Administration and Police on July 10.

The joint team cleared off more than 10,000 trees from the illegal plantations at the three Government-purchased lands consisting of Teak, Khonkon, Betelnut and Yongjak trees apart from banana plantations from around 50 acres of land, according to a report from APRO, Bhandari. 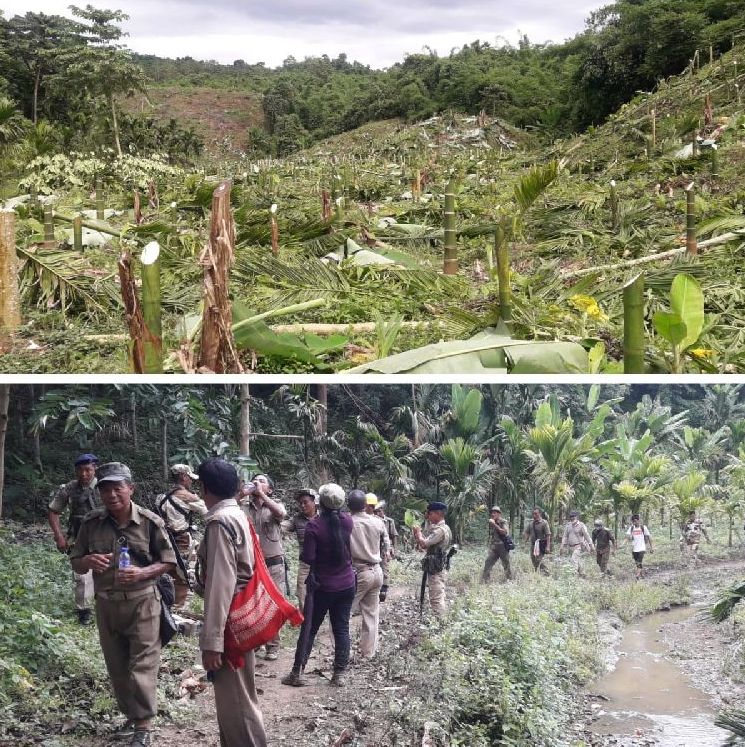 Around 20 farm huts were also dismantled and burnt down and fencings were destroyed while fishery ponds were filled up and trenches were dug on illegally paved approach roads with an excavator.

Earlier in the day, briefing the team at the Merapani, Forest Range Office, Divisional Forest Officer, (DFO) Wokha, Zuthunglo Patton said that the  purpose of the anti encroachment drive  was to protect Government property by removing encroachment from the Government-purchased lands of Yimparasa, Bhandari and Longayim.

The team also reiterated that illegal activities in and around the same areas would be continuously monitored by concerned authorities to prevent any future encroachment. 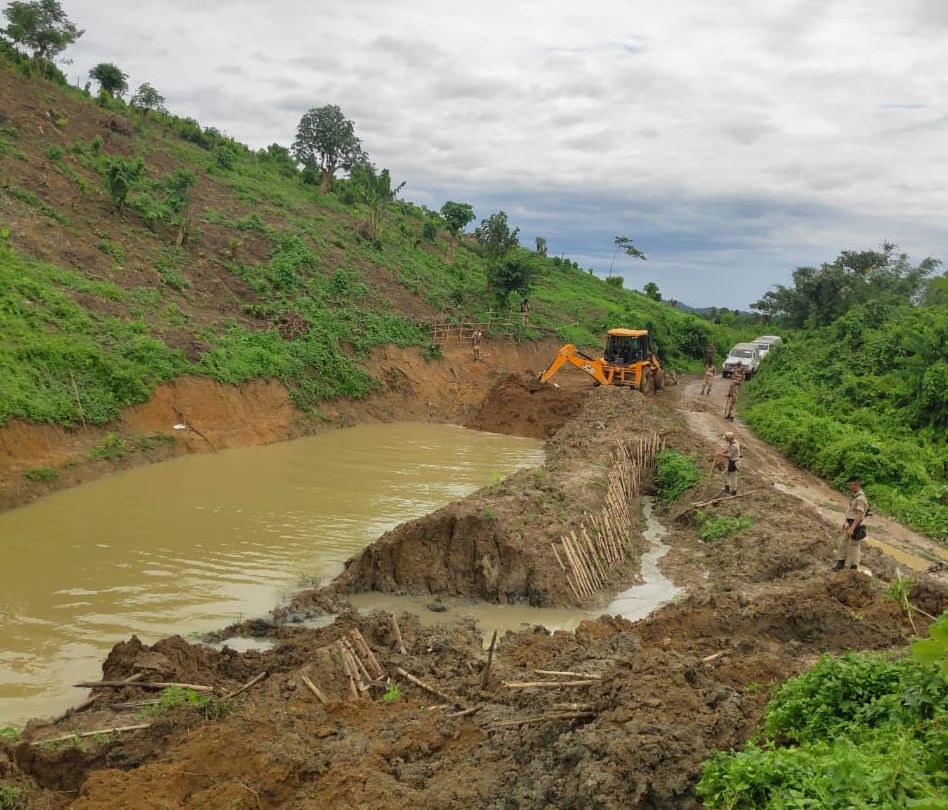 An excavator engaged in filling up fishery ponds at Government-purchased land at Yimparasa during the joint team anti-encroachment drive on July 10. (DIPR Photo)

It further stated that legal actions would henceforth be initiated against anyone found guilty of encroaching on these Government-purchased lands in the future.