With the latest development, NHAI and MoRTH have settled aggregate IL&FS claims of over Rs 1,804 crore across 6 road projects.

KNCEL project was foreclosed under the MoRTH guidelines of March 2019 for incomplete or stalled projects. CNTL is a completed project which is earning annuities.

Earlier, Fagne Songadh Expressway Ltd (FSEL), a 100 per cent subsidiary of ITNL, completed its settlement with NHAI receiving an amount of Rs 707 crore.

Other IL&FS projects settled under claims and compensation by NHAI with the new board till date include Jorabat Shillong Expressway (JSEL) (Rs 252 crore), Baleshwar Kharagpur Expressway (Rs 8 crore) and ITNL Road Infrastructure Development Company (Rs 144 crore) that was settled by the Ministry of Road Transport and Highways (MoRTH).

Further, there is a pending settlement of Rs 902 crore for the Khed Sinnar Expressway project and Rs 171 crore for Amravati Chikli Expressway from NHAI.

FSEL, KNCEL and IRIDCL have been handed over to the authorities post settlement of claims. BKEL will form part of the InVIT that will include 11 road projects in two phases.

Further the settlement of claims in terms of FSEL, KNCEL, IRIDCL, IL&FS would address an aggregate debt of Rs 3,500 crore through NHAI and MoRTH settlements.

IL&FS Group, as part of its debt resolution framework approved by NCLAT, is following a multi-pronged strategy for its road assets to address debt. The group has plans to form InvIT for 12 road projects, settle incomplete projects under MoRTH guidelines and monetize balance road assets to the highest bidder.

The company has got approval from Justice Jain to sell JSEL, an amber company, to Sekura Roads Limited (backed by Edelweiss Infrastructure Yield Plus) that has put forward a bid of Rs 916 crore for 100 per cent stake addressing Rs 1,600 crore debt. JSEL is a four-lane highway from Jorabat to Shillong on NH-40, which connects Shillong, Mizoram and Tripura with Guwahati.

Similarly, Cube Highways & Infrastructure II PTE Limited emerged as the highest bidder, with bid of Rs 3,900 crore for 100 per cent stake in CNTL that would address Rs 4,910 crore of aggregate debt on completion. 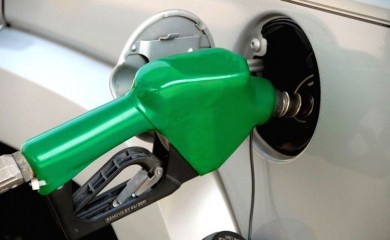