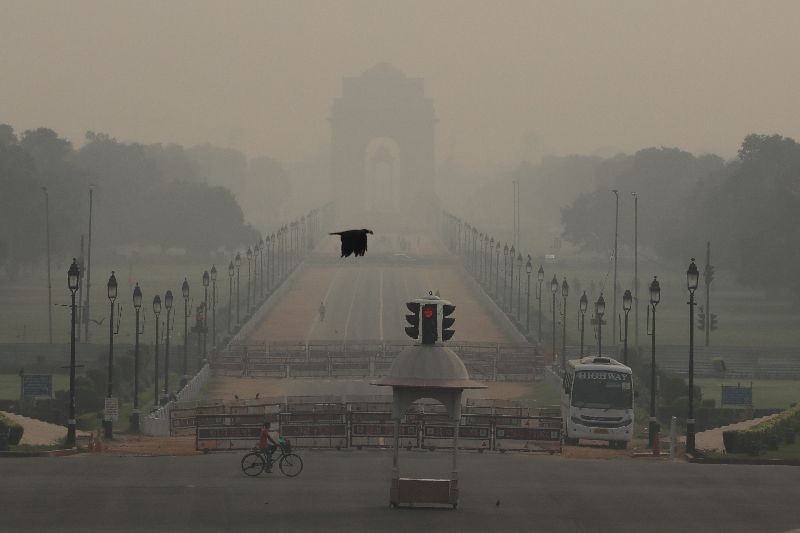 NEW DELHI, October 15 (Reuters) - Indian authorities sent teams of scientists out to various parts of the capital, New Delhi, and surrounding districts on Thursday to clamp down on illegal factories and construction sites as part of efforts to combat worsening winter air pollution.

Fifty teams from the Central Pollution Control Board (CPCB) would track down industrial emissions, dust from building sites and smoke from burning rubbish - some of the main sources of the city's air pollution, Environment Minister Prakash Javadekar said.

The teams will be authorised to recommend the closure of illegal factories and can call for legal action against those that violate rules at construction sites and against the burning of waste.

As winds drop after the monsoon and cooler weather sets in, a host of pollutants hang in the air over New Delhi. The problem is exacerbated by the burning of stubble in fields across northern India's farm belt.

Every year, the federal government gives a subsidy to states such as Punjab to encourage farmers to use machines that dispose of crop waste rather than burning it, Javadekar said.

"I request the government of Punjab to ensure that agricultural waste burning comes to an end. It's harmful for Delhi, and it's harmful for the people of Punjab as well," he said, sending off the teams of scientists.

But crop residue burning, which began a few weeks ago, has contributed just 4% to recent air pollution and factors such as dust from construction sites and unpaved roads, industrial and vehicle emissions and the burning of rubbish had played a bigger part, Javadekar said.

Up until September, Delhi and its satellite cities had enjoyed clean air due to a strict lockdown to stem the spread of the novel coronavirus.

The pandemic is an added cause of concern this year. Doctors fear fatalities from the virus could spike as the pollution may worsen the breathing difficulties that many COVID-19 patients suffer.

India has reported more than 7.2 million coronavirus infections and more than 110,000 deaths, though the rate of increase has slowed in recent weeks.