Mizoram: ‘Peace leads to all-round development in any society’ 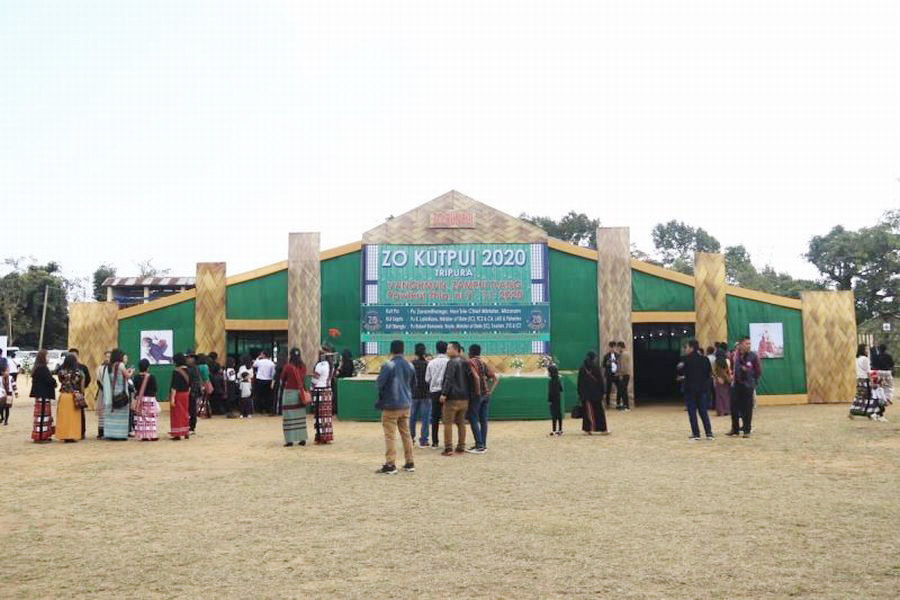 The first edition of the Zo unity festival is underway at Vanghmun village in Tripura district. (NNN Photo)

Mizoram chief minister, Zoramthanga on Friday laid stress on the importance of peace, saying that it leads to all-round development in any society.

Addressing Zo Unity Festival or Zo Kutpui at Vanghmun village in Tripura’s Jampui Hills, Zoramthanga said that Mizoram has been experiencing speedy progress in all aspects of life due to peace brought by the signing of historic Mizo accord in 1986.

“Because of enduring peace in Mizoram, state leaders have been approached by many states to broker peace with insurgent groups in order to bring peace in their area,” he also said.

Underlying the importance of unifying the Zo tribes, Zoramthanaga said that his government has been making massive efforts to strengthen brotherhood and blood ties among different tribes of Mizo across the globe.

He assured that his government would make effort to meet the aspirations of the Zo communities in Tripura and keep close contact with them.

Zoramthanga also said that Mizoram has been endowed with many blessings and the government and civil society organisations must join hands to ensure that such blessings are brought to the poor.

The Mizo National Front (MNF) government headed by Zoramthanga, which preached unification of Zo communities in different parts of the world is organizing Zo Kutpui (festival) across the globe, including the United States, Bangladesh and Myanmar.

The Zo Kutpui at Vanghmun is the first of such event.

The event is being organised by Mizoram Tourism department in association with Tripura Zo Kutpui Organizing Committee. It will conclude on Saturday.

Mizoram Tourism minister, Robert Romawia Royte, who was the chief host of the festival, said it was a milestone in the history of the Zo unification. He also said that the festival aimed at strengthening brotherhood and blood ties among various Zo ethnic tribes living in different parts of the world.