No US hangover for Thiem as he dispatches Cilic 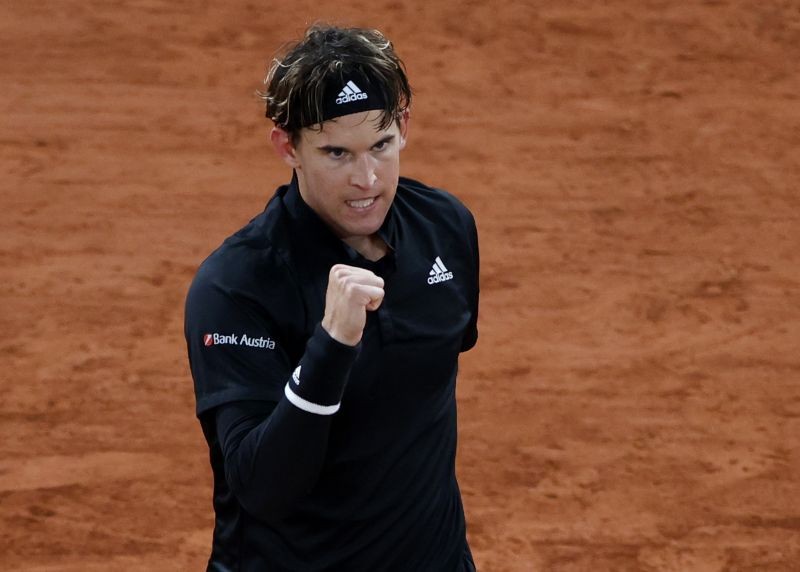 PARIS, September 28 (Reuters): Austria's Dominic Thiem showed no sign of a hangover from his U.S. Open triumph as he began his Roland Garros campaign with an impressive 6-4 6-3 6-3 win over Marin Cilic on Monday.

Third seed Thiem, beaten by Rafa Nadal in the last two French Open finals, was handed a tough first round against the Croatian former U.S. Open champion, but was straight into the groove under the roof on Court Phillipe Chatrier.

Cilic, who before Thiem's Flushing Meadows win this month was the most recent first-time Grand Slam champion courtesy of his New York title in 2014, made things difficult for Thiem with some aggressive tactics but faltered at crucial moments.

Thiem broke the Cilic serve at 4-4 in the first set and then came from 0-40 down to seal the opening set.

The 27-year-old lapsed briefly to trail 0-2 in the third but switched on the afterburners to reel off five games in a row before 40th-ranked Cilic stopped the rot.

Thiem had to save a break point when he served at 5-3 and claimed his fourth win in four meetings with Cilic as the Croat netted a return off a second serve.