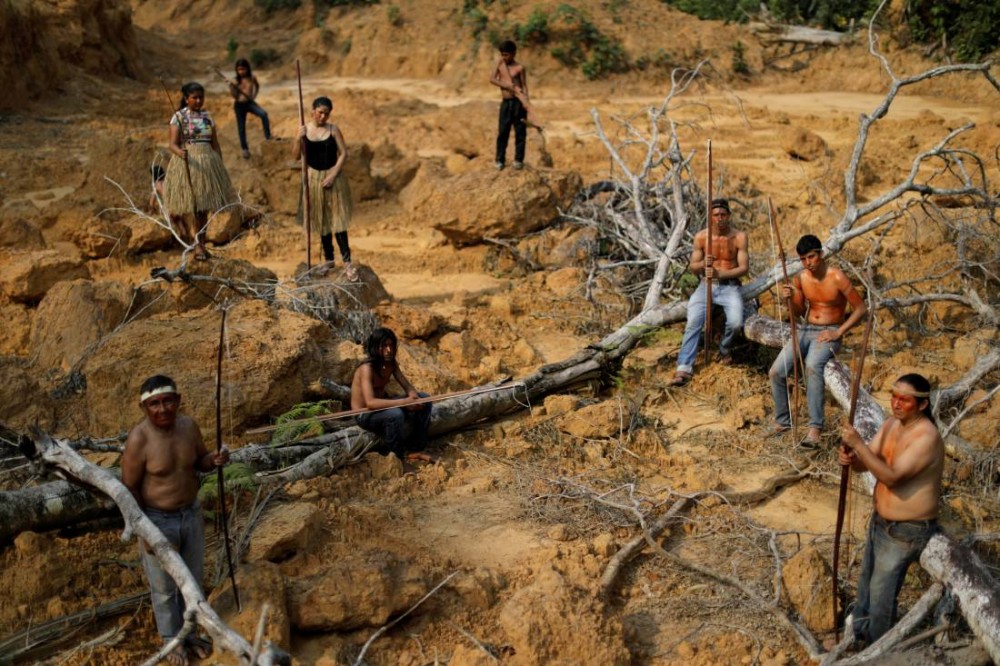 BANGKOK, July 14 (Thomson Reuters Foundation) - A push to privatise land and other resources in countries from Ukraine to Papua New Guinea is hurting indigenous people and the rural poor, while increasing the risks linked to climate change, researchers at a U.S.-based think tank said on Tuesday.

From a rise in deforestation in the Amazon rainforest, a push for land titles in Sri Lanka, to the end of a ban on the sale of farmland in Ukraine, there has been an "unprecedented wave" of privatisation worldwide since 2018, a report published by the Oakland Institute said.

As countries bolster economies battered by the coronavirus pandemic, more resources may be privatised, hurting rural communities who often do not have formal titles, it said.

"The fact that most land, especially in the Global South, is public land or land held under customary tenure systems, is seen as an obstacle to economic growth," said Frederic Mousseau, policy director at the Oakland Institute and lead author.

"This push to privatise land threatens people and the planet at a time when we need urgent action to curb carbon emissions and protect livelihoods," he said.

Globally, indigenous and local communities own more than half of all land under customary rights, but only have secure legal rights to 10%, according to Washington D.C.-based advocacy group Rights and Resources Initiative.

In Papua New Guinea, where nearly all land is under customary tenure of indigenous people, the government is opening up millions of hectares for palm oil, mining and timber operations, Mousseau noted.

In Brazil, deforestation has accelerated under President Jair Bolsonaro, with government data showing that it increased by more than a third from August 2018 to July 2019 from the same period a year earlier.

While Ukraine in March ended a near two-decade moratorium on the sale of land in order to qualify for an $8 billion loan package from the International Monetary Fund.

More such actions are likely as governments try to boost recoveries from the pandemic, Mousseau said, which could lead to evictions of rural communities and environmental degradation.

"Governments around the world are under pressure to conduct 'pro-business' reforms so they can be eligible for financial relief," he told the Thomson Reuters Foundation.

"Indigenous communities are effective stewards of natural resources. Rather than erase local governance, governments must instead build systems that incorporate a diversity of ownership and tenure systems," he said.

Conflicts over land have flared during the coronavirus pandemic, with lockdowns exacerbating issues such as weak tenure rights and poor forest governance.

But it is possible to protect the rights of rural and indigenous communities over land and other resources while boosting economic growth, said Michael Taylor, director of the International Land Coalition, a global network.

"Instead of privatising customary land, it means supporting diverse economic opportunities," he said. "Such an approach is more complex, takes longer, and may not immediately yield tax dollars for the government."

"However, it is likely to be more sustainable, more equitable, more climate-friendly, and more resilient to future shocks," he added.