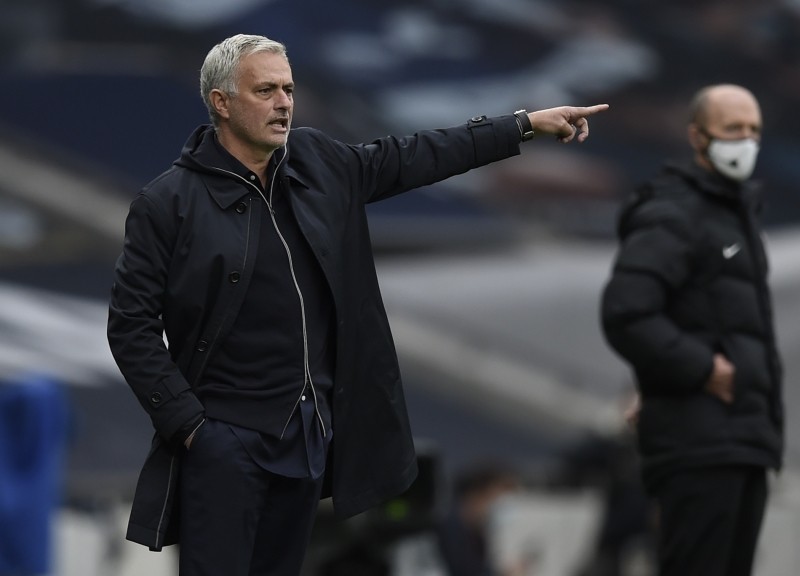 Jose Mourinho has said Tottenham Hotspur deserve more respect as a club after a controversial handball decision denied them a victory against Newcastle United in the Premier League on Sunday.

Lucas Moura gave Spurs the lead but the north London side were unable to extend their advantage, with Newcastle goalkeeper Karl Darlow making a string of saves.

Steve Bruce's side were handed a lifeline deep into stoppage time when Andy Carroll and Eric Dier challenged for a ball and the forward's header brushed the arm of the Spurs defender.

Following a VAR review referee Peter Bankes looked at the incident, in which Dier had his back to the ball, and pointed to the spot, with Callum Wilson's penalty squeezing past Hugo Lloris to seal a 1-1 draw and leave Mourinho fuming.

"We were fantastic but Darlow maybe deserves the man of the match unless you want to give it to someone who is not a player," Mourinho told BBC.

"I don't want to speak about the decision. The only feeling I am ready to share is that I don't feel Tottenham is respected according to what the club is. No respect.

"It is my feeling. It is the third club I manage in the country, so happy so proud, I would not change it for any other job in the world but I feel we deserve more respect."

Spurs' goalkeeping coach Nuno Santos appeared to be shown a red card after the final whistle for his protests and Mourinho said his assistant was naive.

"The only thing that I know is I'm more experienced than him and I left down the tunnel when the referee blew the whistle," he said.

"I know at some clubs, even after the whistle, it's possible for something important to happen," Mourinho added, referencing a decision in Manchester United's 3-2 win over Brighton & Hove Albion where a penalty was awarded by VAR after the final whistle.

"But for us I knew that after the whistle it was over."