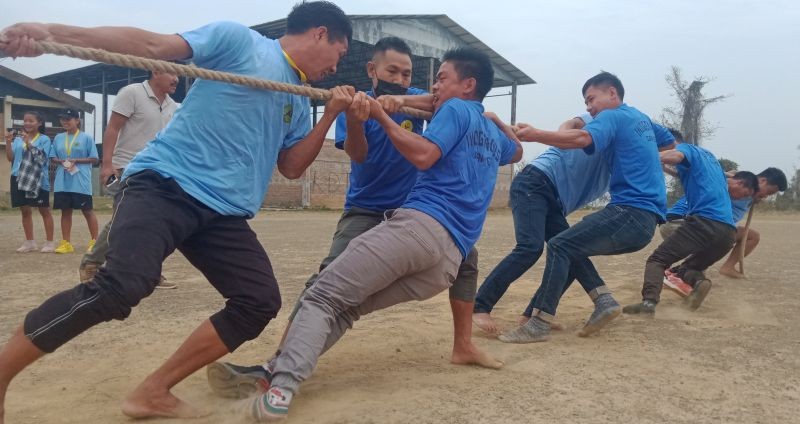 A tug of war match in progress at the 2nd State level indigenous games competition in Kohima on April 8.
Sports
8th April 2021

Around 200 participants from 11 districts of Nagaland today converged at Indira Gandhi Stadium, Kohima for the two day long 2nd state level indigenous games competition which got underway under the aegis of the Department of Youth Resources & Sports, Nagaland.

The event is being marked by tug of war, bamboo stilt race, greased bamboo pole climbing and cock fight events.

Inaugurating the competition, Alun Hangsing, Commissioner & Secretary for Youth Resources & Sports Nagaland said that indigenous games are part of our culture and encouraged the people to keep it alive.

Citing the importance of games and sports, he said that sports bring recognition to the state and the country.

He said that Government of India in its sports policy is aiming to become a sports power house in the world by the 2028 Olympics.