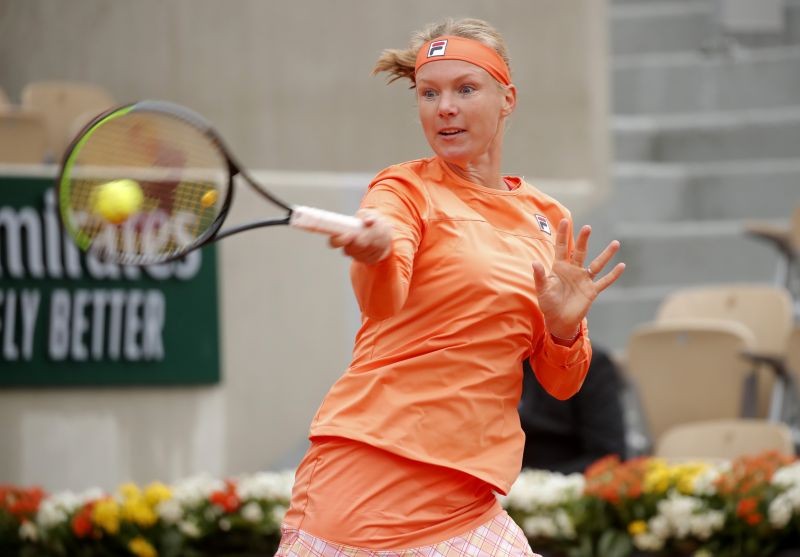 PARIS, September 28 (Reuters): Fifth seed Kiki Bertens recovered from a poor start against French Open debutant Katarina Zavatska to reach the second round with a 2-6 6-2 6-0 victory on Monday.

Dutchwoman Bertens was all at sea in the first set as the 20-year-old Zavatska took advantage of her errors.

Ukraine's Zavatska needed eight set points to seal the opener but claycourt specialist Bertens, a semi-finalist here in 2016, began to shake off the rust to take the second set.

Zavatska faded in the third set and was unfortunate as she broke racket strings three times in the space of two games midway through the second set.

Bertens, who sat out the U.S. Open and retired with an Achilles injury on her return in Strasbourg last week, took full advantage and raced through the deciding set in 31 minutes.

She will play former runner-up Sara Errani in the next round after the Italian qualifier thrashed Olympic champion Monica Puig in her first Grand Slam match for two years.