During the Pandemic: Healing invisible wounds

‘During the Pandemic’ curated by anthropologist Dolly Kikon in partnership with Sisterhood Network and Prodigal’s Home (Nagaland) as part of an ongoing campaign to address gender violence in Nagaland.
Morung Exclusive
1st December 2020

While the COVID-19 pandemic has impacted all sections of society, it has posed extraordinary challenges for societies already experiencing armed conflict, structural violence, poverty, and unemployment. Anthropologist Dolly Kikon notes that in Nagaland “reports of domestic violence and mental health escalated during the pandemic risking the lives and security of women and children.”

Referring to a 2020 Nagaland State Social Welfare Board survey, she points out that 74% of women who experience physical and sexual violence in Nagaland do not report it to authorities or seek help while the majority cases of child abuse go unreported due to fear of stigma.

Since the lockdown in India, Kikon further points out that schools have been shut to reduce the risk of infection.

However, while schools have been shut, she says, many vulnerable children from violent homes have been unable to attend online schools due to the prevailing situation at home. “They are also unable to afford mobile phones and computers. As a consequence, many children from such homes have dropped out of school during the pandemic,” she articulates.

But born amid these COVID-19 challenges faced by vulnerable children is a collaborative online art exhibition called ‘During the Pandemic’ curated by anthropologist Dolly Kikon in partnership with Sisterhood Network and Prodigal’s Home (Nagaland) as part of an ongoing campaign to address gender violence in Nagaland.

‘During the Pandemic’
Celebrating art made by vulnerable children to share their experiences of the pandemic, ‘During the Pandemic’ offers unique glimpses into a child’s mind. These artworks depict their relationships, childhood and the world around. Wrapped around similar themes, some of the artworks talk about their past while others exude hope for the future, dreams and aspirations.

Indulging the children in this medium, she believes has had a positive impact “because they felt that their works/experiences/activities were worth drawing the attention of a global audience.”

“They were told that this was being organized with an aunty in Australia. In addition, social workers were also very excited and their spirits were lifted due to this activity. Preparing for the exhibition brought the social workers and the children closer as they also bonded over the drawings”, she further expresses.

For Azungla James, Director of Sisterhood Network, it’s been two ways and not only for the children who participated but also social workers who work in the field. “In spite of all the experiences they have undergone, they still have hopes and dreams,” she says. The children, she impresses upon are aware that “someone did this to me but at the end, they also see that there is a future ahead of them, and the best part is the kind of forgiveness they have.” She also felt that it was a kind of healing process for her personally and expresses that Dolly has done a very beautiful job.

Ela Sani, Director of Prodigal’s Home articulates that the exhibition has been a very good and a rich learning experience for them while putting across that it came very naturally to them because they have gone through it. This medium of art, she says is so friendly for the children that they are able to express themselves freely and helped those working in the field to get inside their heads.

The children have all drawn from their own situations whether it is of happiness, anger, sadness, or hope that they have for the future. Emphasizing that this is a very important means in helping children communicate, she says that it would work effectively even for other children to express themselves, their wishes, hopes and aspirations. 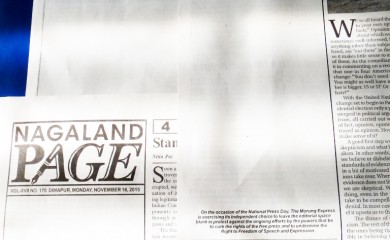 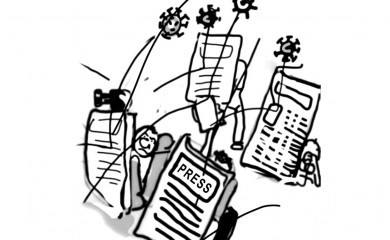 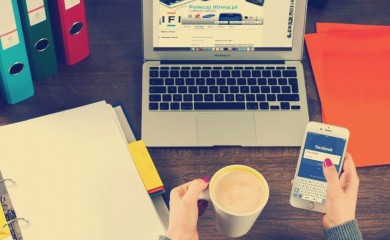