Experts challenge WHO with 'epic' goal to eradicate malaria by 2050 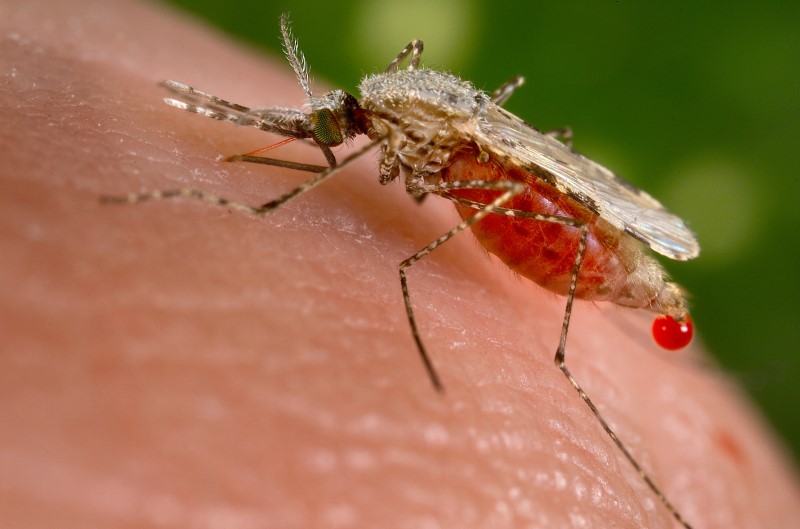 An Anopheles stephensi mosquito obtains a blood meal from a human host through its pointed proboscis in this undated handout photo obtained by Reuters November 23, 2015. REUTERS/Jim Gathany/CDC/Handout via Reuters/Files

An Anopheles stephensi mosquito obtains a blood meal from a human host through its pointed proboscis in this undated handout photo obtained by Reuters November 23, 2015. REUTERS/Jim Gathany/CDC/Handout via Reuters/Files

LONDON, September 9 (Reuters) - Malaria can be eradicated within a generation and the World Health Organization (WHO) should not shy away from this "goal of epic proportions", global health experts said on Sunday.

In a major report that contradicted the conclusions of a WHO-led malaria review last month, 41 specialists said a future free of malaria -- one of the world's oldest and deadliest diseases -- can be achieved as early as 2050.

To meet that target, however, governments, scientists and public health leaders need to inject more money and innovation into fighting the disease and the mosquitoes that carry it, the report said -- something that will require "ambition, commitment and partnership like never before".

"For too long, malaria eradication has been a distant dream, but now we have evidence that malaria can and should be eradicated by 2050," said Richard Feachem, director of the Global Health Group at the University of California, San Francisco, who co-chaired a review of malaria eradication commissioned by The Lancet journal.

"We must ... challenge ourselves with ambitious targets and commit to the bold action needed to meet them," he added.

The Lancet Commission's view comes a few weeks after the WHO published its own report on whether malaria can be wiped out, concluding that eradication cannot be achieved any time soon, and that setting unrealistic goals with unknown costs and endpoints could lead to "frustration and backlashes".

In contrast to the Lancet Commission, the WHO report said the priority now should be to lay the groundwork for future eradication "while guarding against the risk of failure that would lead to the waste of huge sums of money (and) frustrate all those involved."

The Lancet report, however, said that rather than slogging on with steadily reducing malaria cases -- all the time under the threat of resurgence -- global health authorities could "instead choose to commit to a time-bound eradication goal that will bring purpose, urgency and dedication" to the fight.

"Malaria continues to strip communities around the world of promise and economic potential," said Winnie Mpanju-Shumbusho, a Tanzanian doctor who co-chaired The Lancet Commission. She said malaria eradication was "a public health and equity imperative".

To stamp out the disease by 2050, the report's authors proposed three ways to speed up malaria's decline.

Existing malaria-fighting tools such as bednets, medicines and insecticides should be used more smartly, it said, and new tools such as vaccines should be developed. Thirdly, governments in both malaria-affcted and malaria-free countries need to boost investment by about $2 billion a year to accelerate progress.