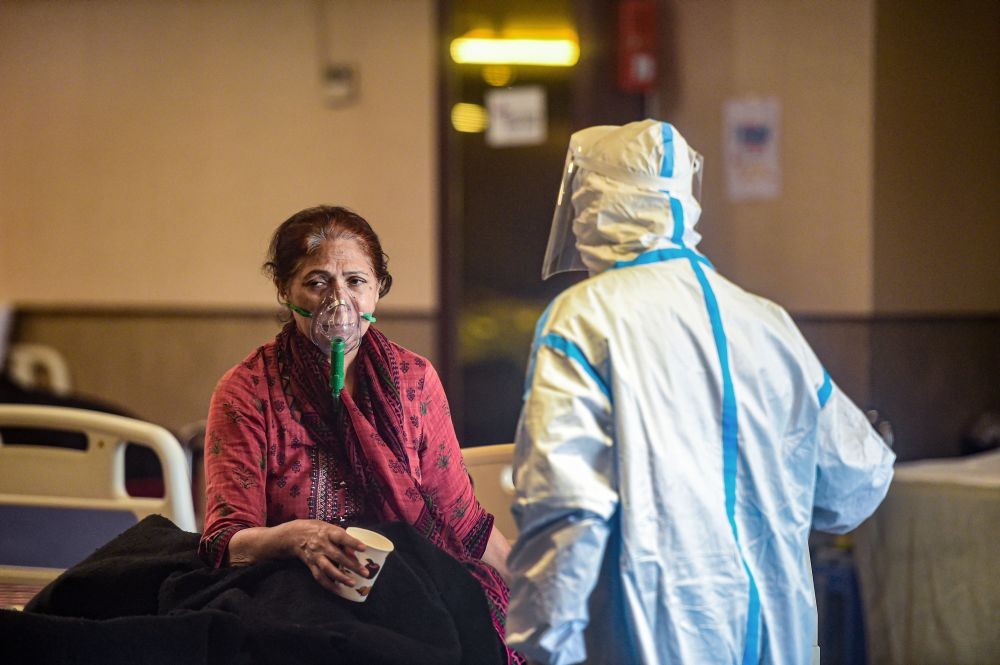 New Delhi, April 23 (PTI): The ongoing second wave of the COVID-19 pandemic in India may peak between May 11-15 with 33-35 lakh total 'active' cases and decline steeply by the end of May, according to a mathematical module devised by IIT scientists.

In predicting that the active cases would go up by about 10 lakh by mid-May before sliding, scientists from the Indian Institute of Technology in Kanpur and Hyderabad applied the ‘Susceptible, Undetected, Tested (positive), and Removed Approach' (SUTRA) model.

The scientists also said Delhi, Haryana, Rajasthan and Telangana may see a high of new cases by April 25-30, while Maharashtra and Chhattisgarh might already have reached their peak in new cases.

"We have found that there is a reasonable chance that the active cases in India could peak sometime between May 11-15 with 33-35 lakh cases. It is a sharp slope, but on the way down, it would likely be equally sharp, coming down very fast and by end of May may see a dramatic reduction," Manindra Agrawal, professor at the Department of Computer Science and Engineering, IIT-Kanpur, told PTI.

The scientists in the as yet unpublished study said there are several novel features in the SUTRA model. Whereas previous papers divided the patient population into asymptomatic and infected, the new model also accounts for the fact that some fraction of asymptomatic patients could also be detected due to contact tracing and other such protocols.

Earlier this month, the mathematical modelling approach predicted that active infections in the country would peak by April 15 but this didn't come true.

"The parameters in our model for the current phase are continuously drifting. So it is hard to get their value right," said Agrawal.

"Even a little bit of change each day causes the peak numbers to change by several thousand," he explained.

The IIT Kanpur professor added that the SUTRA model's prediction of the new peak is sensitive to the daily new infections data.

Agrawal noted that the model uses three main parameters to predict the course of the pandemic.

The other two parameters are ‘reach', which is a measure of the exposure level of the population to the pandemic, and ‘epsilon' which is the ratio of detected and undetected cases.

There are other mathematical modules as well.

Independent calculations by Gautam Menon and his team at Ashoka University in Haryana have predicted that the peak of the ongoing wave of infections could be between mid-April and mid-May.

Menon also cautioned that such projections of COVID-19 cases should really be trusted only in the short term.

“Any excessively precise prediction, of a peak within just a five-day window would ignore the many uncertainties associated with the inputs to any such calculation,” Menon, who was not involved in the modelling, had told PTI earlier.

Coronavirus: so many variants, but vaccines are still effective
Featured News / 25th May 2021

Why healthcare delivery is a challenge in India?
Featured News / 14th May 2021

India is paying the price of complacency: Jean Dreze
Featured News / 11th May 2021