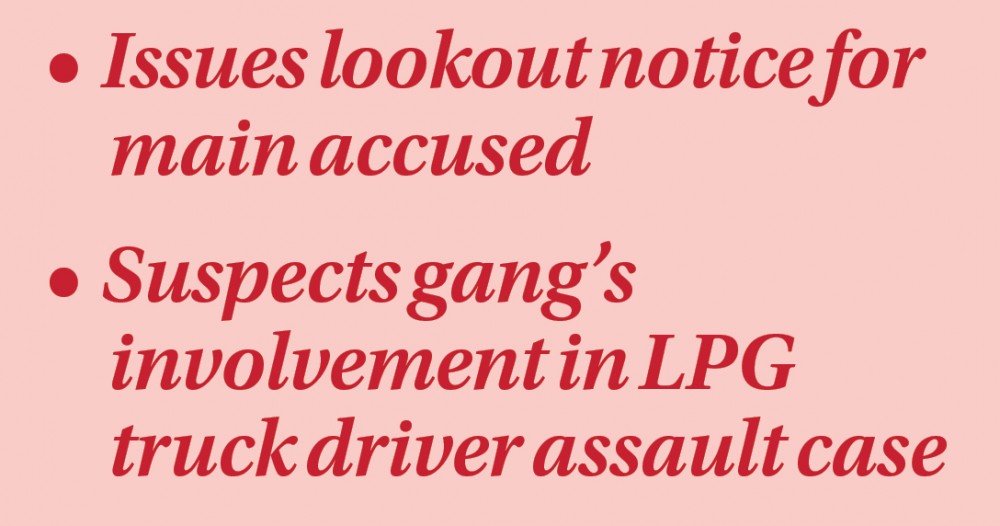 The incidents occurred on July 4 and 9, after which a complaint was lodged by the All Kohima Indane Distributor’s Association on July 11.

With regard to the July 4 case, one Khosato Keyho (25 years) was arrested by the Kohima Police. “The accused has admitted to committing the crime and has named an accomplice in the commission of crime. Efforts are on to nab the absconding accused,” a press release from the PRO Kohima Police stated.

Meanwhile, regarding the July 9 incident, police established that three miscreants were involved in the crime. The prime suspect, identified as one Kevidetuo Angami from Kohima village, a habitual offender with criminal record, is evading arrest. “All out efforts are on to nab the main accused and identify the remaining accused,” police said, with SDPO (N) Kohima police supervising the case.

A look out notice has been issued against the main accused. Senior Superintendent of Police, (SSP) Kohima, Kevithuto Sophie, assured that all effort would be made to take the investigation to a logical conclusion.

4 arrested for extortion and highway robbery

Kohima Police also informed that following reports of extortion and highway robbery, as the State Government announced partial relaxation of lockdown, three criminal cases were registered in the month of June and a criminal gang of highway robbers were arrested.

All the arrested persons were caught with extortion slips, weapons and ammo and other incriminating articles and materials, the Kohima Police informed.

It is suspected that the assault and extortion incidents on July 4 and July 9 were carried out by fringes of the same criminal gang, police added.

Meanwhile, the SSP, Kohima sought the cooperation of the public in providing any information regarding the activities of such criminal gangs and also reminded commuters to be mindful of the advisories issued by Kohima Police for safe travel from time to time.

The plaint of telecommunications in Nagaland
Morung Exclusive / 13th June 2021