Leopard trapped in Tuli, to be handed over to Wildlife dept 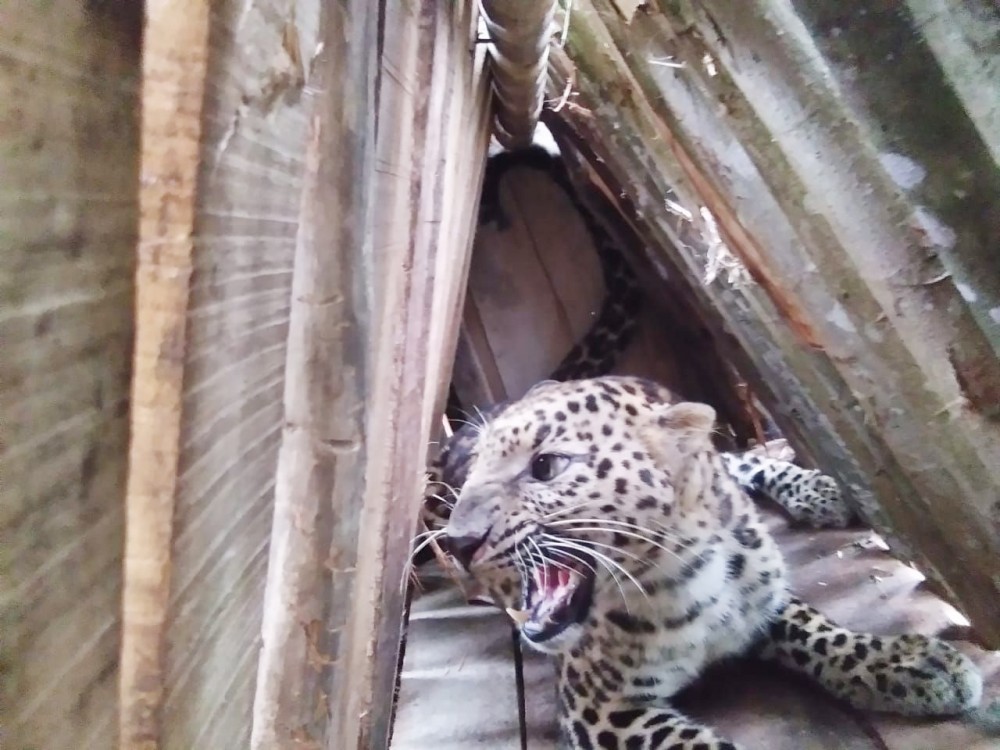 Tuli, July 11 (MExN): A group of youths in Longpong ward in Tuli town managed to trap a leopard on the night of July 10.

According to reports, the leopard had killed a number of domestic animals in and around the area for the last few days which had alarmed and disturbed the local residents.

The Longpong Ward Committee commended the youths for trapping the animal without causing any harm. Meanwhile, the local ward authority has decided to present the leopard to the Wildlife Department of Nagaland.