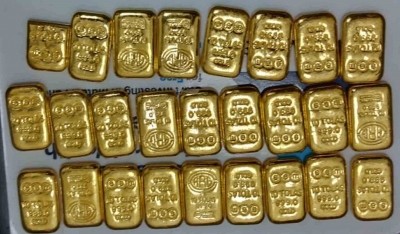 New Delhi, April 10 (IANS): Mid and small cap stocks are the best performing asset class for the quarter ending March 2021 while gold is the worst performer.

As per Axis Securities, gold proved to be one of the best performing asset classes in 2020. In the last 10 years, Nifty outperformed the Emerging market in five years and developed market in four years.

NIFTY50 delivered a healthy 15 per cent return which was significantly better than the 2019 return of 12 per cent. While NIFTY Midcap 100 and Nifty Smallcap 100 delivered 22 per cent and 21 per cent returns respectively in 2020, the returns for mid and small-cap indices were negative in 2019.

"We expect the broad-based rally of 2020 to continue well into 2021 (already visible in Q12021) as we believe a strong earnings revival across the board is on the cards. A lower interest rate environment and higher fiscal spending will continue to support the equity markets," Axis Securities said.

It said that asset allocation and sector rotation will be key to generate out-performance in 2021. An equity market is likely to be the best performing asset class for the next one to two years.

Since November 2020, small and midcaps are picking up steam and they should deliver solid returns in 2021 as economic uncertainties will reduce and volatility will decline.

The report said that top 10 stocks domination is dwindling in the market. Since December 2017, Nifty has delivered a return of 40 per cent. Out of which, the top 10 stocks by free-float market cap have delivered a stellar return of 58 per cent while the remaining 40 stocks had delivered only 17 per cent. This divergence has started narrowing in recent months. Based on the top 10 stocks, the adjusted Nifty value works out to 16,647 while the remaining 40 would lead NIFTY to just 12,354. This indicates Nifty is better valued beyond the top 10 names. Long term risk rewards are better in the next 40 names vs. the top 10, the report said.

Broader rally since November and broad-based market performance was seen in the month of March despite higher volatility signifying intact overall risk appetite towards mid and small stocks. Stocks ranking from 101-200 rallied by 2 per cent in March, and 98 per cent in the last year which is superior to the large-cap performance.

Stronger FII flows since November continue to drive the momentum FIIs are net buyers; FIIs have added $7.8 billion while DIIs have pulled out $3.1 billion from the Indian equity market in the last 3 months. Since Jan 2020, FIIs have bought a massive amount of $30.9 billion while the DIIs have sold $8.6 billion from the Indian equity market. Highest ever FII inflows seen in the current financial year: $37 billion, higher than FY10/11/13 levels.

The fiscal year ended on a strong note for the equity markets with all the sectors delivering positive returns. The report said metals and IT registered the strongest gains while FMCG grew the slowest. Autos and Realty also delivered solid returns during the fiscal.

While FY21 was strong which was aided by cheap valuations and a low base, March performance was a mixed bag. The high beta sectors such as BFSI witnessed a profit booking while defensives such as FMCG and Pharma registered marginal gains.

The report said now the investors are betting higher on riskier assets like equity. Sentiments are improving further with increasing optimism driven by vaccine development and faster than expected economic recovery.

All these developments are keeping the gold prices under pressure. Based on these fundamental pressures, gold is the biggest under-performer for the first three months of 2021 vs. the other asset classes. Gold prices are down by 11 per cent in INR, and 10 per cent in USD in the last three months. Apart from ‘Risk on' trade, rising bond yields are now short term negative for the gold prices, Fundamentally, Gold prices are inversely correlated with bond yields. However, gold will continue to attract investments to hedge risk against other asset classes.

As per the report, gold saw record inflow of 657 tonnes in the last one year ETF flows contributed significantly to the run-up of gold prices since the beginning of CY2020. ETF flows (in tonnes) jumped to 657 tonnes in the last one year, increased by 1.3x vs last year, in which major contribution done by North America. However, the pace of ETF investment has been moderated in recent months with outflow seen in the month of February for the third time in the last four months.

Global ETF's had seen a loss of 2% holdings in February on account of a fell in gold prices and rising yields. Gold suddenly lost its momentum due to ‘Risk on' trade in the global market amid positive development on the vaccine front. Equity markets are trending higher on account of relief from uncertainty over the US election and vaccination news and economic recovery. Nonetheless, a low-interest-rate environment and higher fiscal spending continue to attract gold investment, the report said.