In a major relief for the seven Naga People's Front (NPF) MLAs, the Nagaland Assembly Speaker Sharingain Longkumer on Tuesday rejected their party’s pleas to disqualify them.

The speaker dismissed the petitions against the lawmakers saying “there is no sufficient ground for presuming that the Respondents had voluntarily given up the membership of the original political party, i.e. the Naga People's Front.”

The NPF party had petitioned the Speaker in April last year, seeking disqualification against 7 of its MLAs for “willfully defying the party’s collective decision to support the Congress party in the last Parliamentary Election 2019 to the lone Nagaland Parliamentary Constituency.” It argued that “by openly going against the party’s decision amounts to voluntarily giving up the membership of the party.” 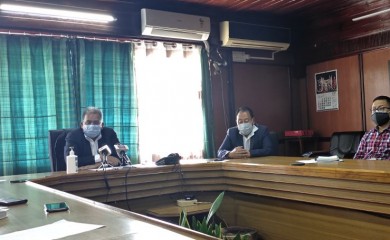