NBA: Heat take down Celtics, move on to NBA Finals 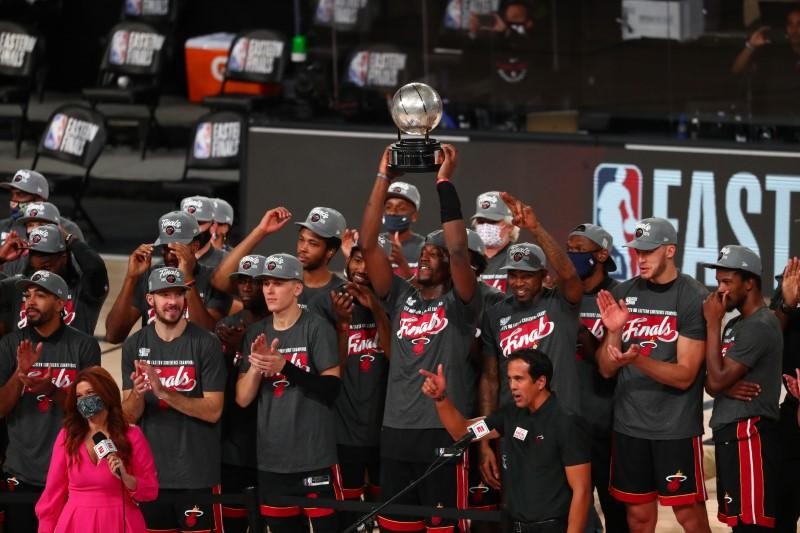 (Reuters/Field Level Media): Bam Adebayo had a career-high 32 points and 14 rebounds, Tyler Herro came alive with 11 points in the fourth quarter and the Miami Heat booked their trip to the NBA Finals with a 125-113 Game 6 win over the Boston Celtics on Monday Morning.

Jimmy Butler added 22 points, Herro had 19 and Andre Iguodala scored a season-high 15 as the Heat advanced to the Finals for the first time since 2014. Duncan Robinson also scored 15 and Goran Dragic 13.

Jaylen Brown had 26 points, Jayson Tatum 24 with a career-high 11 assists and Marcus Smart and Kemba Walker 20 apiece for the Celtics, who couldn’t come all the way back from a 3-1 deficit in the best-of-seven Eastern Conference finals.

Miami moves on to face the Los Angeles Lakers in Game 1 of the Finals on Wednesday.

The Heat erased a six-point deficit in the fourth when Herro nailed a 3-pointer and added another bucket to knot the score at 96 with 7:40 remaining. Miami pulled ahead 104-102 with 5:31 left as Daniel Theis fouled out for Boston, Adebayo hitting 1 of 2 at the line.

That free throw kicked off a 13-0 run to put the game away for the Heat. Herro gave Miami the game’s first double-digit lead at 112-102 with 3:31 to go, and the score was 116-102 before the Celtics snapped a nearly 4-minute scoring drought. Boston got no closer than 10 down the stretch.

A 7-0 Celtics spurt late in the third quarter knotted the score at 86. Dragic’s basket with 26 seconds left helped Miami lead 88-86 entering the fourth.

Tatum had 12 points in the second quarter after a scoreless first in which the Celtics trailed by as much as nine. His layup with 1:56 left gave Boston a 56-55 edge, but the Heat went back ahead on an Adebayo layup with 42.6 seconds remaining and led 62-60 at the break.