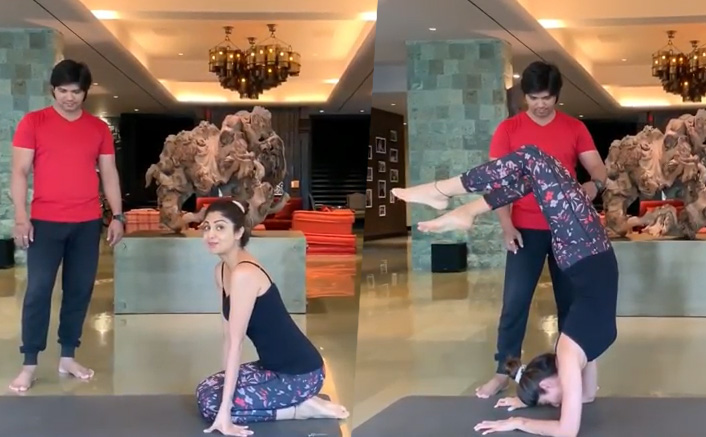 Mumbai, September 16 (IANS) Actress Shilpa Shetty Kundra, who is known for her love for yoga, has just nailed the 'Vrischikasana' or the scorpion pose in a way which can give yoga experts across the globe a run for money.

The actress took to Instagram on Monday morning to share a video where she was seen performing the Vrischikasana.

The actress captioned: "Broughton said, 'I'm happy to report, the child in me is still ageless. Started learning advance yoga poses at 42... rather late, but better late than never. I always wanted to do the #vrischikasana. I believe it's never too late to learn something new. Years may wrinkle the skin (that I'm okay with), but to give up enthusiasm will wrinkle my soul... that I couldn't live with.

"We don't grow old with the number of years we live, we age when we stop living'... So Live it up #instafam. Never give up. Try something new."

On the work front, the 44-year-old actress is prepping for her comeback film "Nikamma", a romantic comedy action movie directed by Sabbir Khan. The film marks Shilpa's comeback to Bollywood after 13 years.