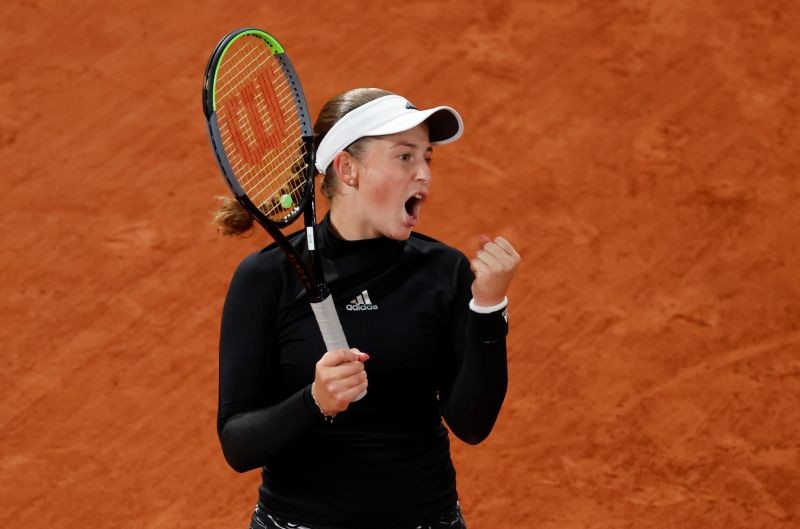 PARIS, October 1  (Reuters): Former champion Jelena Ostapenko ousted second seed Karolina Pliskova from the French Open with a 6-4 6-2 win in the second round of the French Open on Thursday after an error-ridden performance from the Czech player.

Latvian Ostapenko, who won the 2017 title as an unseeded player, played aggressively from the start and hit 27 winners as a strangely subdued Pliskova struggled to rein in her unforced errors under the closed roof of Court Philippe Chatrier.

The 23-year-old Ostapenko broke her opponent's serve three times in the first set and twice in the second to seal her victory and ensure that Pliskova remained the only active former world number one who has not won a Grand Slam.

Ostapenko converted her third match point when Pliskova, who had 25 unforced errors, sent a forehand long and she will next meet the winner of the clash between former U.S. Open champion Sloane Stephens and Spaniard Paula Badosa.