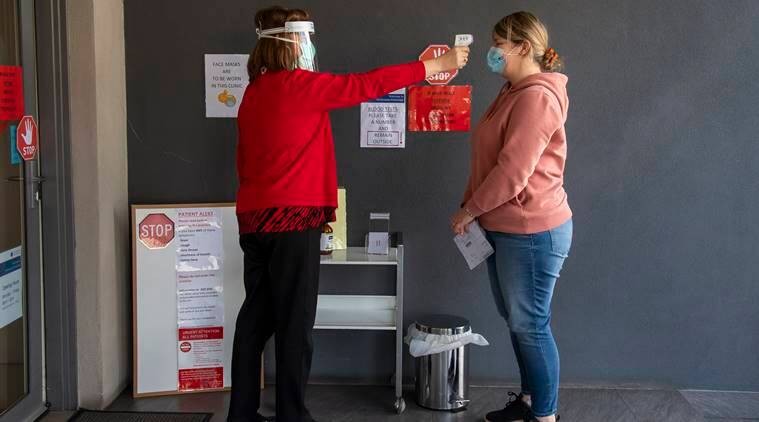 A patient has her temperature checked at a medical clinic during lockdown due to the continuing spread of the coronavirus in Melbourne, Thursday, Aug. 6, 2020.(AP Photo/Andy Brownbill)

Geneva, April 20 (IANS) New Covid-19 cases worldwide have increased for the eighth week running, with a record 5.2 million infections reported in the past seven days and an alarming growth rate in young people, the World Health Organization (WHO) said.

The pandemic has been gathering pace recently, according to the WHO's numbers.

Meanwhile, infections and hospitalisations among people aged 25 to 59 are increasing at an alarming rate, he said, possibly as a result of highly transmissible variants and increased social mixing among younger adults.

To cope with the urgent need for Covid-19 vaccines worldwide, the WHO issued an expression of interest on April 17 for establishing a technology transfer hub for mRNA vaccines, in hopes of increasing production of those vaccines in low- and middle-income countries.

Tedros called for the original manufacturers of mRNA vaccines to contribute their technology and know-how to a central hub, and for manufacturers in low- and middle-income countries to express interest in receiving that technology.

"We have seen incredible innovation in science; now we need innovation to ensure as many people as possible benefit from that science," he said.