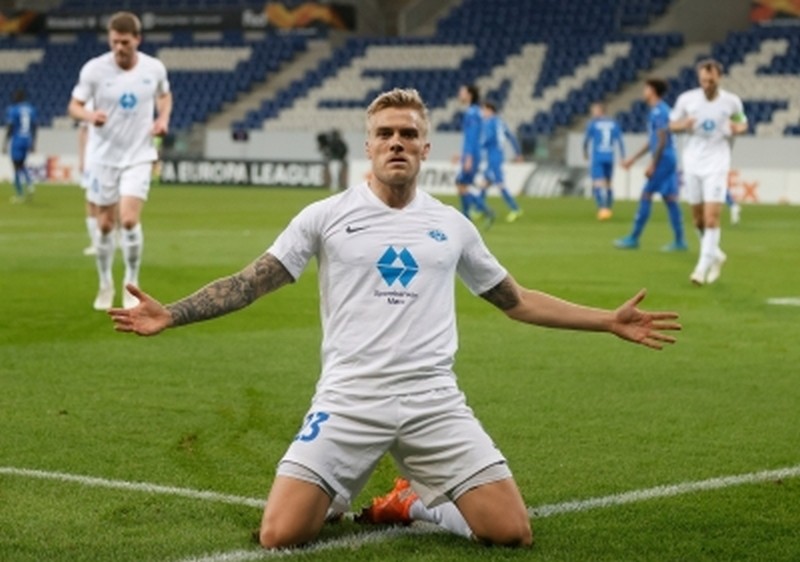 Berlin, February 26 (IANS): Both Hoffenheim and Bayer Leverkusen were eliminated from the UEFA Europa League in the last-32.

Even though Hoffenheim had the advantage of three away goals from the first-leg six-goal thriller, Molde started defensively minded and lurked on the fast break.

Hosts Hoffenheim took over from the start and controlled possession but they had to wait until the 14th minute when Chris Richards tested Molde goalkeeper Andreas Linde following a free-kick into the box.

Molde remained passive but for all that the visitors from Norway opened the scoring with its first chance after Andersen slotted home Magnus Eikrem's assist on 20 minutes.

Hoffenheim was shocked for the remainder of the first half and came close in the 29th minute when Munas Dabbur's header forced Linde into action.

After the restart, Hoffenheim assumed control again but Dabbur wasn't able to beat Linde from a promising position three minutes into the second half.

Hoffenheim started an onslaught on the visitor's goal but Dabbur pulled wide before Linde tipped Andrej Kramaric's attempt onto the crossbar in the 85th minute.

Molde punished the host's wastefulness in the dying second of the game as Andersen caught Hoffenheim flatfooted on a counterattack.

"It is a bitter defeat and an unbelievable one too. We dominated Molde over 90 minutes, but they still managed to score twice," Hoffenheim midfielder Florian Grillitsch said.

Elsewhere, Young Boys recorded a 2-0 away win over Leverkusen courtesy of goals from Jordan Siebatcheu and Christian Fassnacht.

From the kick-off, Young Boys made Leverkusen's life difficult as the visitors staged a well-positioned defence, keeping the host's threats at a distance.

Leverkusen lacked in ideas and invited Young Boys for the opener in the 47th minute when Niklas Lomb fumbled a cross, allowing Siebatcheu to nod home into the open goal from very close range.

The uninspired hosts increased the pressure but weren't able to threaten Bern's bulwark. Meanwhile, Young Boys killed the game in the closing stages after Marvin Spielmann sent Fassnacht, who chipped the ball over onrushing Lomb.