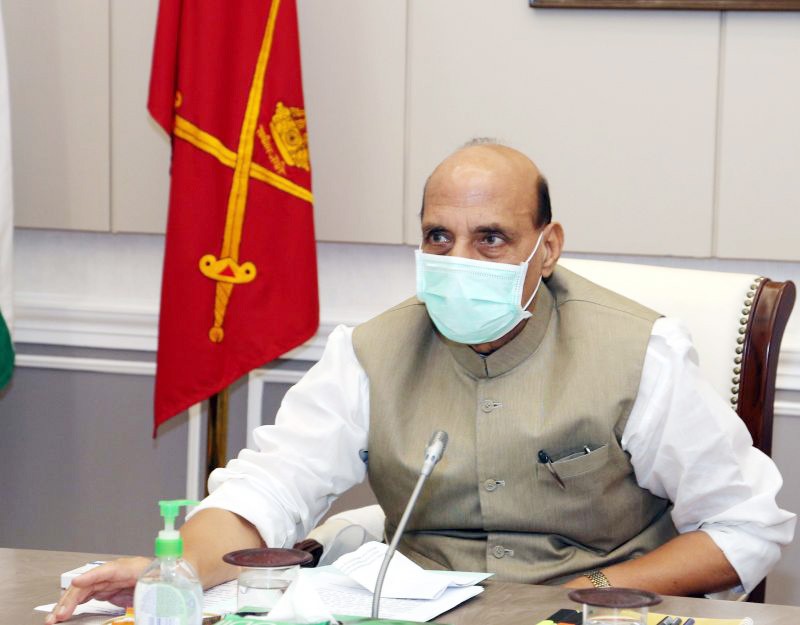 Defence Minister Rajnath Singh unveiled a new Defence Acquisition Procedure 2020 in New Delhi on Monday which took a year to frame after taking all stakeholders on board, including Indian and foreign industries as well as think tanks.

It has five new categories and the policy pertaining to leasing has been included for the first time. On what all can be leased, Director General (Acquisition) Apurva Chandra told IANS, "There is no such list and it would be on a case to case basis."

He also said that leasing is a new category introduced to enable operating of assets without owning thereby, substitute huge initial capital outlays.

He also highlighted that post-contract management will formalise procedures after signing of contract with respect to inspections, levying of liquidity damages, contract amendments etc.

Also, the parameters of buying new defence assets called 'staff qualitative requirements (SQR)', will be made more realistic after seeing what is available globally and domestically.

In the past, the service headquarters have been making SQRs which have not been realistic.

The scope of trials of equipment will be restricted to physical evaluation of core operational parameters, other parameters may be evaluated based on vendor certification, certification by accredited laboratories, computer simulation of parameters.

The first Defence Procurement Procedure was promulgated in 2002 and has since been revised periodically to provide impetus to the growing domestic industry and achieve enhanced self-reliance in defence manufacturing.

DAP 2020 has been aligned with the vision of the Government's Atmanirbhar Bharat mission and empowering Indian domestic industry through the Make in India initiative with the ultimate aim of turning India into a global manufacturing hub.

With the new Foreign Direct Investment policy announced, DAP 2020 has adequately included provisions to encourage FDI to establish manufacturing hubs both for import substitution and exports while protecting interests of Indian domestic industry.