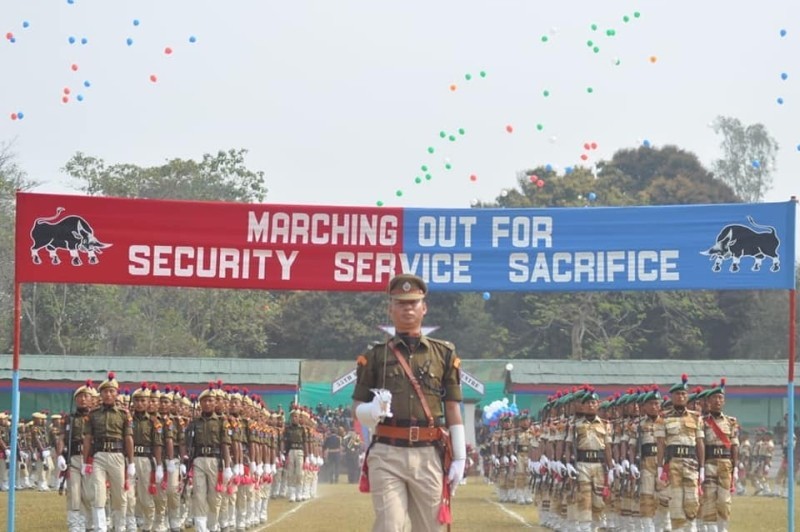 Although it is almost impossible to discuss all provisions of all the laws on crimes and all the nuances associated with them, I intend commencing a series of write-ups where certain degree of legal advice can be imparted to ordinary citizens on their rights, their duties and the duties, rights, and powers of the police officials and public servants associated with the administration of justice.

I will be open to suggestions of topics on which public may want more information so that the interface between the police and public can improve and the people of Nagaland can develop more trust in the police. Police-public relations are a two-way traffic and should run smoothly. In the process we will try to embark on a process of problem solving and devising solutions.

In my first piece on policing, I outlined a mechanism where we need to integrate the traditional and the modern. However, before we integrate or consider areas where integration is required or possible or desirable, it is essential to understand the broad parameters of law. This piece is not meant to be a sermon but an eye-opener and an introduction to the ordinary man, un-initiated to law to understand it. It is not also for the policemen and women, who are expected to know it. It is ‘introduction to law’.

The body laws pertaining to policing in India can be categorized in different ways based on what is the criteria used. However, broadly the laws fall into three brackets (a) the law (s) defining criminal offences; (b) the law (s) pertaining to procedures and (c) the law of evidence.

The first category which defines offences and punishments again can be divided into two – the Indian Penal Code, the Local and Special Laws.

The second category of body of laws is the law defining and elucidating the procedure to be followed for dealing with various crimes – both IPC crimes and the Local and Special Law crimes.

While the IPC is the ‘primer’ because law is not a static but an evolving process and thought, different States have enacted various laws to criminalize different criminal or deviant behaviours.These legislations are commonly called Local and Special Laws. The NLTP Act and the NSR are examples of Local Laws – and are applicable only within the territorial jurisdiction of the concerned State (Nagaland in this case). Laws like Unlawful Activities (Prevention) Act, Juvenile Justice Act, NDPS Act, People’s Representation Act, Prevention of Corruption Act etc., are Special laws enacted by the Parliament of India and are applicable throughout the country.Usually concurrence for their applicability is obtained/accorded by the State governments when the bills are placed and debated in the Parliament.

These legislations usually do two major things – define the offences and lay down the maximum and minimum quantum of punishments for the offences. The maximum and minimum punishments provided can be either mandatory or discretionary for the judges. Thus, where the mandatory minimum punishment is provided, the word “shall” is normally used in the law and the judges have no discretion to take a lenient view. On the other hand, where the term used is ‘may’ the judges have some discretion in the award of punishment. However, in such cases, usually a maximum limit is laid down for the quantum of punishment.

The Code of Criminal Procedure (Cr.P.C) is the major body of law in India which outlines the ‘due process’ in criminal matters. The Cr.P.C lays down the basic structure of Criminal Justice system and the Courts, the powers of magistrates – judicial magistrates as well as executive magistrates (that is why the EACs/SDOs/ADCs/DCs are called magistrates), procedures for Security For Keeping The Peace And For Good Behaviour (powers of executive magistrates), procedures and powers for arrests, searches, seizures, procedures for conduct of investigation by police (or anyone having policing powers), procedures for investigations abroad, powers of police to seize property, duties of citizens to allow searches, seizures and arrests and the commensurate rights and obligations of citizens, police and magistrates,  processes to compel production of things, powers of police and executive magistrates for Maintenance Of Public Order And Tranquility  - power to regulate assemblies and particularly unlawful assemblies, public nuisances, Disputes as to immovable property including Power to attach subject of dispute, law on Preventive Action Of The Police, Information To The Police And Their Powers To Investigate (Chapter XII), Jurisdiction Of The Criminal Courts In Inquiries And Trials, Complaints to Magistrates, Proceedings before magistrates.

The Cr.P.C also contains the legal provisions on bails and bonds, including bail in anticipation of arrest (bail to person apprehending arrest), Maximum period for which an under-trial prisoner can be detained, bail may be taken in case of non-bailable offence, bails in bailable offences, provisions regarding mount of bond and reduction of bond amounts for both accused and sureties, and the provisions for discharge of sureties on certain conditions and procedure and conditions for bonds being forfeited.

The Evidence Act is the third major law. It defines evidence, what can be taken in evidence, the dying declaration, admissibility of records like books of accounts, charts, maps, public records etc. It also lays down the law on opinions and statements of experts, relevance of character and antecedents in criminal proceedings, oral evidence, documentary evidence, presumptions as to documents, provisions on burden of proof and how things are to be proved, who can be a witness and the weightage attached to witnesses and their depositions, examination of witnesses – examination in chief, cross-examination and re-examination, privileged communication etc.

As mentioned above, besides these three major acts, we have the Special Laws, also called Local and Special Laws (L&SL). The Special Laws (SLs) lay down the definitions and also procedures for some special crime because those crimes do not find mention in the Cr.P.C. The Special Laws also lay down the punishments for the crimes and any specific or special procedures which are to be followed, including safeguards for abuse of the law. Usually, the Special Laws define more stringent provisions on punishment and even stricter provisions on bails and bonds for the offences. In some cases like NDPS and Unlawful Activities Prevention (UAP) Act, the law itself empowers the investigators to intercept communications and use them as evidence during trials. In certain cases like NDPS Act, UAP Act, PC Act and Information Technology Act, the law itself provides the minimum level of seniority or rank at which investigations has to be conducted. However, State governments can make certain exceptions to address local variations, exigencies and requirements.

Local Laws on the other hand have limited applicability – the territorial limits of the State where they have been enacted. The NLTP Act and the Nagaland Security Legislations (NSR) are two cases in point. The Local laws are only applicable if the offences have been committed or conspiracy/abetment hatched within the territorial limits of Nagaland. Thus, a person manufacturing liquor outside Nagaland cannot be held punishable in Nagaland for manufacturing it since distillation of liquor outside Nagaland may not be an offence per se in that jurisdiction. Therefore catching the distillers outside Nagaland is not feasible.

Broadly then, wherever there is no law, the Cr.P.C, the IPC and Evidence Act prevail. However, wherever there are local and special laws which fill the gaps, the provisions of local and special laws prevail. Whenever any special powers or procedures are laid down in the special laws, they have to be necessarily adopted besides the ones in the Criminal Procedure Code. However, the IPC and the Special laws can be applied concurrently and together for any criminal acts. Thus, the same act or crime can be punishable for multiple violations of law even for the same person.

We shall try to proceed with the basic outlines of law and try to deal with specifics wherever applicablein the subsequent write-ups and I, on my part will try to throw up certain ideas and suggestions on how we can improve things or solve problems which a common man faces while interacting with the law enforcement machinery.

It is commencement of an exercise in creating awareness and building bridges between the public and police.

The writer tweets as @rupin1992