Manipur: Valley based groups to take their protest to Delhi

Co-ordinating Committee on Manipur Integrity (COCOMI) is all set to stage a demonstration in New Delhi to "caution" the Centre against hurting Manipur’s interest while entering any "final" agreement with the NSCN (IM) on the Indo-Naga peace talks.

COCOMI has been carrying out what it called “public alert meetings” in connection with the Indo-Naga peace talks in the past one week or so.

A delegation of the COCOMI is camping in New Delhi where they are planning to stage a demonstration to protect the territorial integrity of Manipur and against "any ethnic based administrative arrangement."

The delegation is also planning to meet the Central leaders including the Prime Minister and the Union Home Minister and submit memorandums related with the issue.

Members of the COCOMI along with Manipuri Students’ Association, Delhi (MASAD) will stage a protest at Jantra Mantar on October 30 under the theme “Demonstration for Peace in Manipur.”

A leaflet relating with the programme circulated on social media stated that the demonstration will be staged from 2:00 pm to 4:00 pm on that day.

Joining the chorus against any move to hurt Manipur interests, All Manipur Muslim Organisations Coordinating Committee (AMMOCOC) submitted a memorandum to the state chief minister.

Talking to reporters after submitting the memorandum, AMMOCOC president, SM Jalal informed that similar memorandums will also be submitted to the state Governor as well as to the Prime Minister of India.

In the memorandum, AMMOCOC said that it firmly stands for the protection of Manipur integrity while reminding that they “always stand for the unity and integrity of the state.” 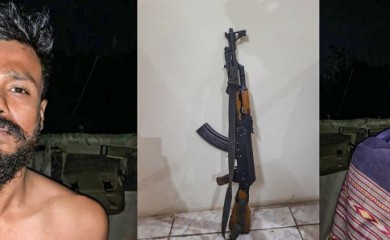