Kohima, November 29 (MExN): The Kevichusa Foundation will be presenting the A Kevichusa Citizenship Award 2020 on November 30 at RCEMPA Jotsoma at 12:00 noon. The KCA has been instituted by the foundation to celebrate and promote the idea and ideal of citizenship. The award is to annually recognize an individual or group from  Nagaland that has consistently championed, demonstrated and embodied the ideal of citizenship and unwaveringly sought the common good of the people of Nagaland or collective sections and constituencies.

DIMAPUR, NOVEMBER 29 (MExN): The Eastern Sumi Students’ Union (ESSU) has reiterated its appeal to take action with regard to the non completion of the Government Primary School (GPS), Hoshepu under SDEO, Aghunato. In a letter to the State Mission Director, Samagra Shiksha, President of the ESSU, Hokato V Yepthomi informed that GPS Hoshepu under SDEO Aghunato was approved and sanctioned during the year 2010-11. The amount sanction was Rs. 14,68,665.58. The ESSU said that the entire amount has been released “but, to our utter surprise not the slightest of the construction work was undertaken till date which has come to nearly a decade.” It reminded that the union had raised this issue through a press release on August 22, however the concerned department has not responded or taken any initiative towards resolving this issue. It therefore asked that the department take prompt initiative to begin the construction of the same and intimate the office of the ESSU without further delay.

Kohima, November 29 (MExN): The inauguration of the newly constructed Traffic Control Room & Residential Flats and launching of Kohima Police Traffic Sentinel Scheme will take place on December 1 at 10:30 am at Traffic Control Room, opposite SKV petrol pump Kohima. Nagaland DGP, T John Longkumer, IPS will formally inaugurate the same. The programme will be led by Manom Wallim, Deputy SP (T) Kohima while opening remarks will be given by Manoj Kumar A, SP Kohima. Technical report will be given by Er H Vikato Chishi, Executive Engineer, PEP, while vote of thanks will be proposed by Vitoshe K Sumi, SDPO (S) Kohima.

Phek, November 29 (MExN): The Phek District Co-operative Societies Union has mourned the demise of Wezhietsu Ritse, father of Wepe Ritse (Retd RCS) on November 24 at Shilong. Late Wezhietsu was an early Christian convert, who devoted his time for upliftment of education in rural area and one of the pioneers of co-operative movement in Phek district, a condolence message received here stated. PDCSU President, Kekhwengulo Lea expressed condolences to the bereaved family and prayed for the departed soul rest in eternal peace.

Dimapur, November 29 (MExN): The Duncan Bosti Council (DBC) in its meeting on November 21 at Duncan Bosti Community Hall, has unanimously resolved not to install the prepaid meter plan as proposed by the Department of Power. Stating this in a press release on Sunday, the DBC stated that after it carefully deliberated and studied the plan, “it has been found out that there are anomalies in the billing.” As such, it requested the Power Department to consult the Council before installing the meters.

Peren, November 29 (MExN): Village authorities of Pellhang village under Peren district have issued a public notice, informing that no persons from other villages, on their way for hunting/fishing would be allowed to enter or pass through the jurisdiction of Pellhang village. In the notice received here on Sunday, the Pellhang Village Council Chairperson and Youth and Student Union Chairperson cautioned that strict action would be taken against violators as per the customary laws and by laws of the village. The villagers/village authorities shall not be held responsible for any untoward incident that may befall such violators, it added.

DIMAPUR, NOVEMBER 29 (MExN): In preparation for the upcoming Viswema Youth Organization Platinum Jubilee, a sanitation drive was organized by the Viswema Students Union (VSU) on November 28.  Around 50 dustbins were to be placed at strategic locations in the village were distributed among the different khels of the village. Metol Neikha, President of the VSU along with a group of 14 boys and girls also placed some bins at the Dzukou rest house and cleaned up the surroundings. The sanitation drive included cleaning of drains and roads all over the village and the wastes were collected and disposed off at the waste disposal sites at Kha-l and Merah. Efforts are also being made in the village to improve their environment status by creating awareness in waste segregation, avoiding unhygienic habits of throwing garbage, clearing of throat and spitting mucus or blowing of one’s nose in public places besides maintaining clean swept streets and pathways with the approaching jubilee, Sokren (Seikrenyi), Christmas and to welcome the new year.  The villagers takes care of their waste by segregating the wastes and the disposables are collected door to door every Saturday by truck and disposed at designated sites away from the village.

ZUNHEBOTO, NOVEMBER 29 (MExN): ATMA Zunheboto organised a Skill Training of Rural Youth (STRY) on ‘Future prospects of Sericulture Industry & Economic Empowerment of rural Youth’ at Kuzukichika Sericulture Farm from November 23 to 28. A total of 15 participants attended the programme which was chaired by Kaiho Achumi, ATM. Avitoli K Yeptho was the course-coordinator for the programme. A brief introductory note on the future prospects of sericulture was made by Kaiho Achumi, who stated that  it can provide gainful employment in the area to the youths, mainly to the weaker sections of society. A theoretical and practical class was conducted by Yanger, Field Assistant of Sericulture Farm. A personal experience was shared by Kiviho who has been rearing Eri silkworm for more than 6 years and has been benefitting from the sector. Chubatsur, BTM discussed economic empowerment of rural youth through sericulture by citing various examples from the district of Mokokchung where more youths are interested in sericulture garnering and generating income. 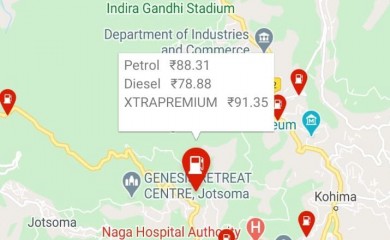 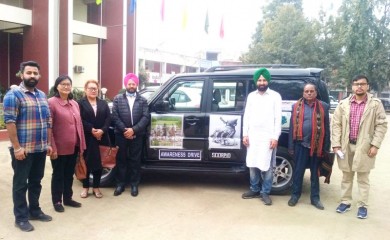 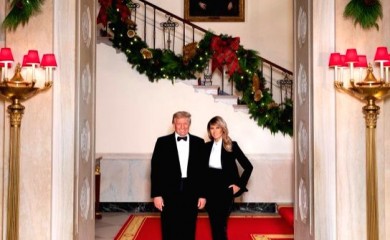