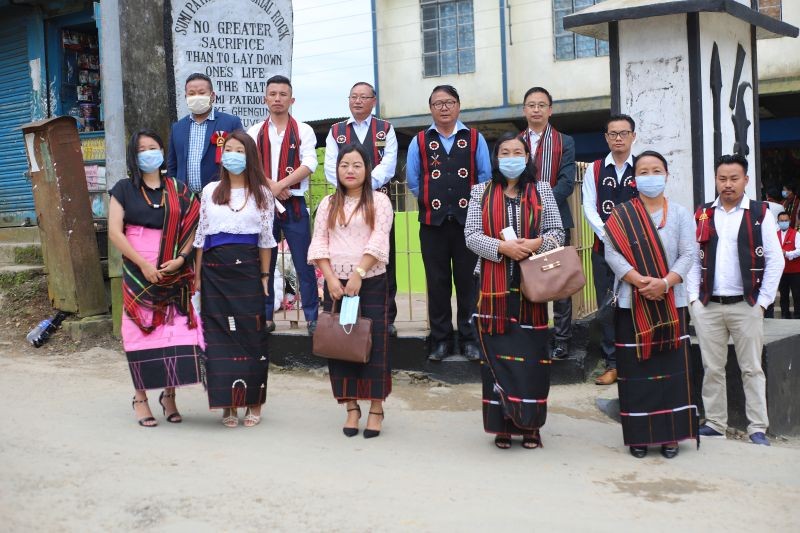 Officials and others during the Sumi Patriots' day organised by All Sumi Students' Union at Patriots' Monolith located in Old Town and Alahuto Junction, Zunheboto on August 4.

Sumi Patriots' day is observed annually to commemorate the death anniversary of Lt General Kaito Sema and honour the patriots who have sacrificed their lives for the better cause of Naga, a press release from the SKK stated.

Sumi Hoho, General Secretary, Nikheto Jimo in his solidarity message said that an individual who work for the better cause of the world with sincerity will always remain a legacy and will always be respected.

He also maintained that the fight for Naga solution has been there for many years and it is now on the verge of considerable solution. At such a time, he stated that the Government of India tried implementing the delimitation but with the request of many Nagas organization it is “freeze.”