No reason to stop use of AstraZeneca Covid vax: WHO 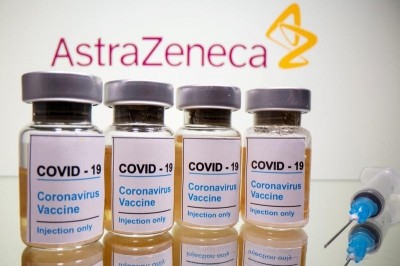 Geneva, March 12 (IANS) As several European countries temporarily suspended the rollout of AstraZeneca's Covid-19 vaccine over fears of blood clots, the World Health Organization (WHO) on Friday backed the vaccine saying there is no reason to stop using it.

"AstraZeneca is an excellent vaccine, as are the other vaccines that are being used," Margaret Harris, a WHO communications officer, told reporters at a briefing in Geneva.

"We've reviewed the data on deaths. There has been no death, to date, proven to have been caused by vaccination," she said.

The health authorities in Denmark on Thursday said that they are temporarily suspending the use of AstraZeneca's Covid-19 vaccine as a precautionary measure after some patients developed blood clots since receiving the jab, including one who died, digital news publisher The Local reported.

Apart from Denmark, Norway and Iceland have also temporarily suspended the use of AstraZeneca's Covid-19 vaccine.

The Danish decision came days after Austria suspended use of a particular batch of the drug because a woman died 10 days after taking it. Estonia, Latvia, Lithuania and Luxembourg have also stopped using the batch, the BBC reported.

The move comes "following reports of serious cases of blood clots among people vaccinated with AstraZeneca's Covid-19 vaccine", the Danish Health Authority said in a statement.

But it cautiously added that "it has not been determined, at the time being, that there is a link between the vaccine and the blood clots".

Nevertheless, it asked the regional authorities in charge of vaccine rollout to stop using the AstraZeneca jab until further notice, the report said.