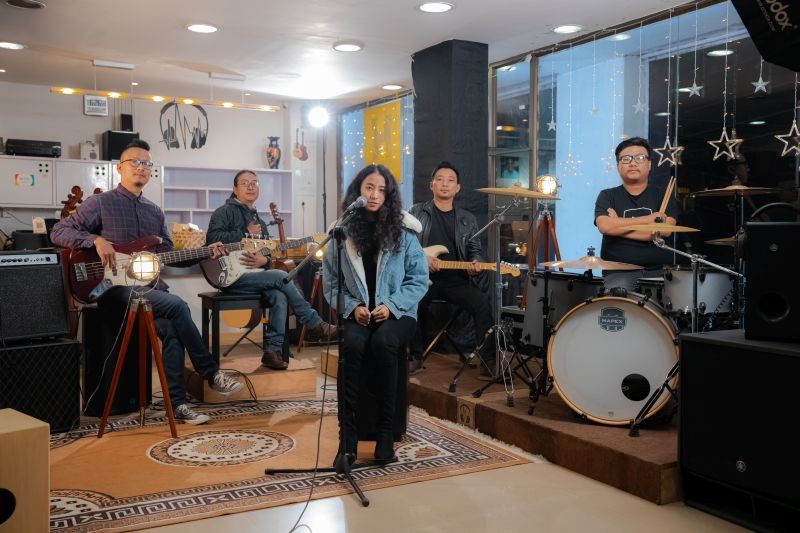 In the late summer of 2012, Nagaland’s most prolific fusion band birthed from a place to blend the rich Naga folk music with contemporary genres.

The band is called ‘Purple Fusion.’

They were officially formed on August 28, 2012 with the aim “to promote the rich tradition and culture of Nagaland in the form of fusion music.”

The 10-track ‘Folk Reminiscence’ written in English, Hindi and Naga languages was released after the mega success of their single ‘Tring Tring – Marks of War’ which was featured on VH1 India and MTV India in 2013.

In 2015, the band vocalist late Lamtsala H Sangtam was awarded the Governor’s Award for ‘Outstanding Achievement and Contribution in the field of Folk Fusion Music’ in 2015.

From then on, there was no turning back. Purple Fusion collaborated with many national and international artists and performed around the nation and counties including China and Bhutan.

Nine years on since its inception, Purple Fusion has made an exceptional mark in the music scene with their trademark to ‘incorporate indigenous ethnic music with western genres like blues, jazz, funk, reggae and rock to create a blend of music which is different and unique.’

Recently, Purple Fusion resurfaced with the release of another original song titled ‘Time’. The song premiered in their YouTube channel on March 12.

While Purple Fusion was certainly excited with the latest release and also the journey they have come so far, in an exclusive interview with The Morung Express, they share about their foundation, turning points, dreams and more.

“Purple Fusion is a fusion band that experiments with all sorts of genres, in the past we have exclusively made use of Naga folk music with western genres,” shares Mhathung Odyuo, the band’s founding member.

The band came together in 2012 when Mhathung Odyuo, the former bassist and founder of Divine Connection left his former band to experiment and explore other forms of music besides rock and metal.

Talking about naming the band Purple Fusion, Mhathung says, “Purple is associated with royalty, galore and since we are a fusion band thus the name.” 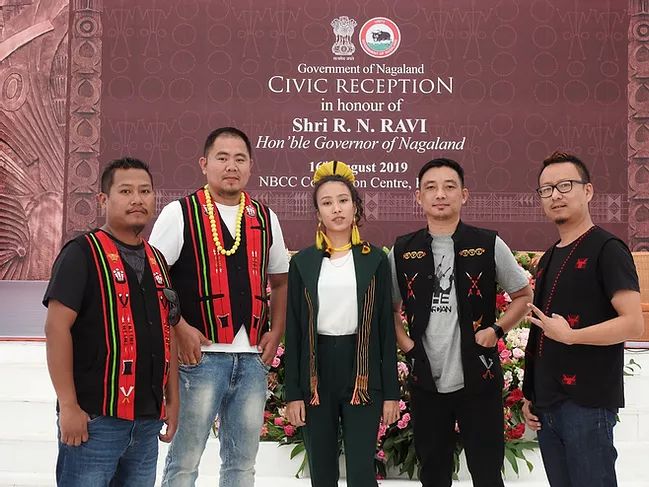 As of the moment, the band has Jez Vibeizonuo on vocals, Imsanger Longkumer on guitars and Mhathung Odyuo on bass.

For the past year, the band has been doing projects in collaboration with Neilalung Gonmei on drums and Lichen Kichu on guitars.

Over the years the band has seen some few changes especially with the drummers. However, Jez, Imsang and Mhathung have been permanent all these while, the band shares. 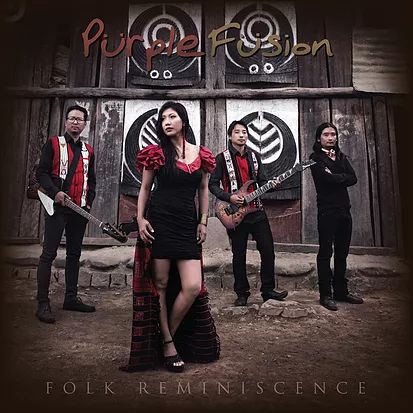 “Almost all of our songs, we have experimented with traditional Naga folk songs. But we are taking a much different route with our new songs. The latest song ‘Time’ that we recently released on YouTube is a soft rock,” says the band.

‘Time’ is a song reminding oneself to be strong, to “hope and believe for a better future no matter how bad your past was or how bleak your present may seem to be.”

Sharing about the creative process, they admit that the band does not have any set regime of that sort.

“One day any one of us would come up with a song and randomly record it and that would become a song... At other times we would share ideas on the phone or through WhatsApp. Totally random!” they disclose.

For inspiration, the band looks up to different artists and individuals. “It is hard for us to say he, she or for that matter they were the reason why we do music.”

As honest and real it sounds, Purple Fusion says that as musicians the core values and principles should be to “make music because you love it and not compete with others in the ‘who is more famous’ world.”

In their ride as a band, Mhathung says that the biggest challenge is the “get together factor” since half the members are in Dimapur and the other half in Kohima. “Apart from that no issues, we all love to eat,” he says in a humorous note.

The ultimate dream of Purple Fusion is “To inspire the upcoming generations and set an example to younger musicians and be etched in history.” The band adds, “It won’t hurt to win a Grammy or at least perform in the awards.”

Without censoring their opinion, the band observes that “the present music scene (in Nagaland) is in a very poor state.”

Sharing the band’s impression on the music scene in Nagaland, the band says that ‘apart from making music and videos just because we love to or we have to be in the scene does not guarantee us any long term security.’

“Musicians are still taken for granted and at the end of the day, there is only as much that the government can do,” the band remarks.

Echoing the opinion and desire of many Naga artists and musicians, Purple Fusion also wishes to bring back the live music era.

Responding to what would be the thing the band could change anything about the music industry in Nagaland, the band says, “If there is one thing that the band can change, it would be to bring back the joy to buy tickets and watch and enjoy live shows, minus the digital hulla bullas.”

To those young musicians aspiring to follow their footsteps, the advice Purple Fusion would give is to “think really seriously and prayerfully; weigh all the pros and cons and be very very specific as to why and in what area or discipline you want to make music as a career.”

“Apart from avenues being almost non-existent, it is a “dog eats dog” world. Harsh!” they conclude. 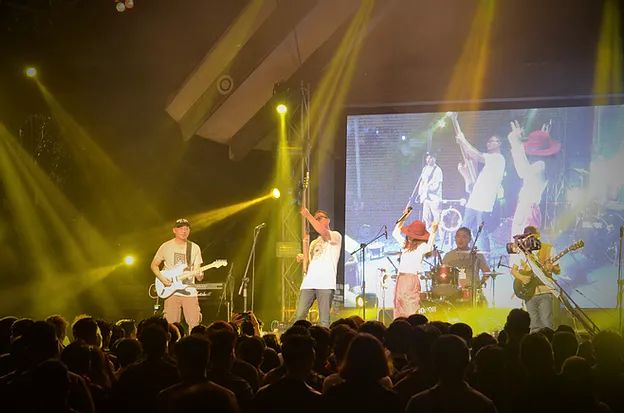