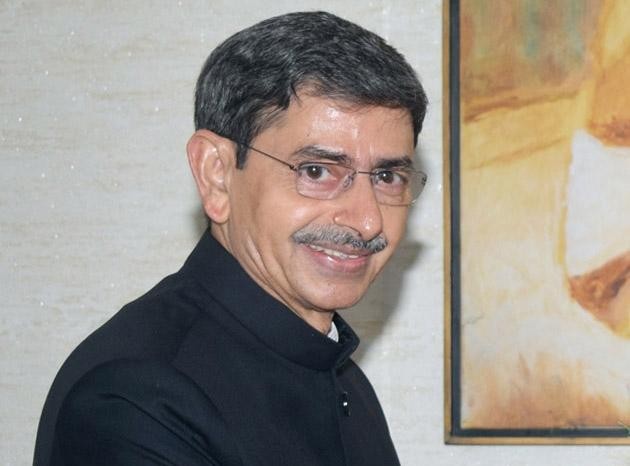 Officials in Kohima said on Wednesday that senior officials from the Union Home Ministry and the Intelligence Bureau and leaders of the NSCN (IM) (National Socialist Council of Nagaland -- Isak-Muivah), are holding informal talks in Delhi since Monday.

While officials of the Union Home Ministry and the Nagaland government refused to disclose anything about the ongoing talks, the nine-member NSCN (IM) delegation led by General Secretary and chief negotiator of the group Muivah, expressed resentment against Ravi. The NSCN (IM) and intelligence sources said separately that while many of the 31 demands have been almost resolved, there are differences over a separate flag and separate constitution. The NSCN-IM has been strongly pushing for a separate flag and constitution.

"The government and the NSCN (IM) leaders are expected to hold a meaningful meeting after August 15 and some significant development can be expected by September," the sources told IANS on condition of anonymity.

Assam finance minister and convenor of the North East Democratic Alliance (NEDA) in a tweet said, "I received a call from Hon HM Sri @Amit Shah to discuss about issues pertaining to enduring peace in #NorthEast. Despite being in hospital his commitment to work is unwavering. This sets a benchmark for us all. India is proud to have you as Home Minister Sir. Admiration!"

However, in the last couple of months the NSCN-IM has been criticising the central government for the delay in the talks. Doubts were also expressed in various quarters after the Nagaland Governor in a letter to Chief Minister Neiphiu Rio questioned the "grim law and order situation in the state".

The state government in a series of statements virtually rejected the Governor's observations and clarified that "the law and order situation in Nagaland is very much normal". The Naga National Political Groups (NNPGs), a conglomerate of seven armed political groups, has also said replacing Ravi as interlocutor would turn the clock back.

Meanwhile, reacting to some organisations' demand to replace Ravi as the government's interlocutor in the Naga peace talks, the 14 Apex Naga Tribal Hohos of Nagaland and the Lotha Hoho, in separate statements on Tuesday and Wednesday backed the continuance of Ravi as interlocutor.

In another development, the All Arunachal Pradesh Students' Union on Wednesday reiterated that there are no Nagas in their state as claimed by the Isak-Muivah faction of the NSCN. Demanding to keep Arunachal Pradesh out of the purview, the AAPSU also rejected claims that there are Nagas living in their state while making it clear that any "territorial changes" while finding a solution would not be tolerated.

"The decades-old Naga peace process should not affect Arunachal Pradesh and its natives in any way," the AAPSU said in reaction to the Centre's reported decision to conclude the negotiations with various Naga groups by September.

Nagalim, a long pending demand of the NSCN (IM), encompasses the Naga-inhabited areas of Myanmar and the north-eastern states bordering Nagaland. The Nagalim map the outfit published a few years back includes Tirap, Changlang, Longding, Anjaw, Lohit and Namsai districts of Arunachal Pradesh.

Student and social organisations in Assam and Manipur are also opposed to any settlement that challenges the territorial integrity of their states. These organisations include the Asom Jatiyatabadi Yuba Chhatra Parishad and the United Committee Manipur.

The NSCN (IM), which held several rounds of negotiations with the Indian government in Delhi as well as outside India after signing a ceasefire pact in August 1997, is one of the most influential rebel groups in the northeastern region.

The Bharatiya Janata Party headed government, led by Prime Minister Narendra Modi, had signed a "framework agreement" with the NSCN-IM leadership in 2015.