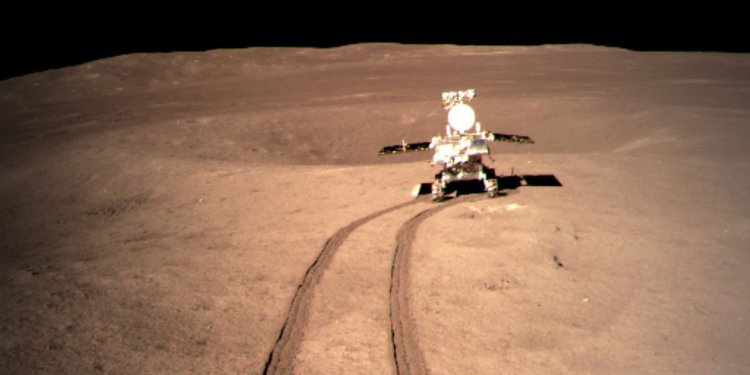 Beijing, September 24 (IANS) China's lunar rover Yutu-2 or Jade Rabbit-2 discovered an unidentified substance in an impact crater on the far side of the moon.

The discovery was made during Yutu-2's ninth lunar day of exploration on the moon, according to the Lunar Exploration and Space Program Centre of the China National Space Administration.

The ground controllers designed a driving route for the rover to allow it to conduct scientific detection to the depth of the impact crater and the distribution of the ejecta, Xinhua news agency quoted the centre as saying.

"The Yutu-2 rover is expected to bring us more surprises and scientific discoveries," it added.

The lander of the Chang'e-4 probe and the Yutu-2 rover have resumed work for the 10th lunar day on the far side of the moon after "sleeping" during the extremely cold lunar night.

The lander woke up at 8.26 p.m. on Monday, and the rover awoke at 8.30 p.m. on Sunday. Both are in normal working condition, according to the centre.