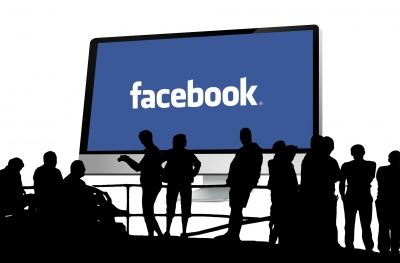 San Francisco, November 9 (IANS) Facebook and Google-owned YouTube have banned content on their platform that purports to name the whistleblower whose complaint led to the impeachment inquiry against US President Donald Trump.

The decision came after Facebook took down ads purporting to name the whistleblower earlier this week.

"Any mention of the potential whistleblower's name violates our coordinating harm policy, which prohibits content aouting of witness, informant, or activist," Facebook said in a statement on Friday.

"We are removing any and all mentions of the potential whistleblower's name and will revisit this decision should the name be widely published in the media or used by public figures in debate," the spokesperson added.

According to The Verge, a search for the whistleblower's name on Facebook did not elicit many results.

YouTube confirmed to CNN that it would remove content that mentioned the alleged whistleblower's name in the title, the description, or the video itself.

Twitter, however, said it would not the whistleblower's name on its platform, said the report.

Trump had called for the whistleblower who triggered the impeachment inquiry to be unmasked, ignoring a cease-and-desist warning.

A lawyer for a whistleblower told the White House that Trump's rhetoric was placing his client and family in physical danger.

Undeterred by the letter, Trump renewed his attacks on the whistleblower and lawyer on Friday, reports the BBC.

The individual's identity has so far been fiercely guarded by Democrats.

In August, the whistleblower filed a report that eventually triggered impeachment proceeding against Trump.

The report expressed concern over a phone call a month earlier in which Trump asked his Ukrainian counterpart Volodymyr Zelensky to investigate Joe Biden, a Democratic front-runner for the 2020 US presidential election.