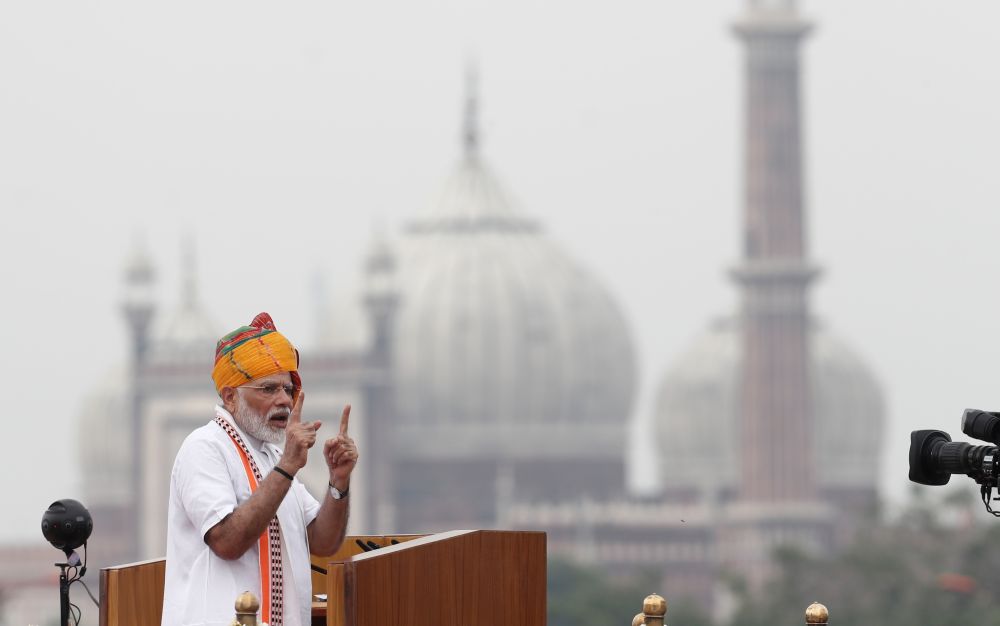 New Delhi, August 15 (IANS) Prime Minister Narendra Modi on Thursday said his government will invest Rs 100 lakh crore on developing modern infrastructure that will aid in nearly doubling the size of the Indian economy to $5 trillion in the next five years.

Addressing the nation from the ramparts of the Red Fort on the 73rd Independence Day, the Prime Minister said: "We cannot make incremental changes anymore. We should take high leaps now. This country's infrastructure needs to be revamped. Hence, we have decided to invest Rs 100 lakh crore for infrastructure."

He said reforms will continue to be ushered in to help India break into top 50 countries on the ease of doing business ranking.

"To some the target of nearly doubling the size of Indian economy to $5 trillion in five years may seem difficult. But when we have in five years (of BJP rule) added $1 trillion as compared to $2 trillion size achieved in 70 years of independence, then this target is achievable," he said.

The Prime Minister said the Indian government is stable today, policy regime is predictable and "because of this the world is eager to explore trade with India". "We are working to keep prices under check and increase development. The fundamentals of our economy are strong," Modi said.

The Prime Minister said that India does not want incremental progress. "A high jump is needed, our thought process has to be expanded. We have to keep in mind global best practices and build good systems," he said.

Emphasising on quality export products, he said, the time has come to think about how we can boost exports. "Each district of India has so much to offer. Let us make local products attractive. May more export hubs emerge. Our guiding principle is 'Zero Defect, Zero Effect'," Modi said.

He said that people are now aspiring big. "Now a days, people's thinking has changed. Earlier, people were happy with merely a plan to make a railway station. Now people ask, when will Vande Bharat Express come to my area. They do not want only good railway stations or bus stations, they ask when is a good airport coming," he said.

"Earlier the aspiration was to have a good mobile phone but now, people aspire better data speed. Times are changing and we have to accept that," he said.