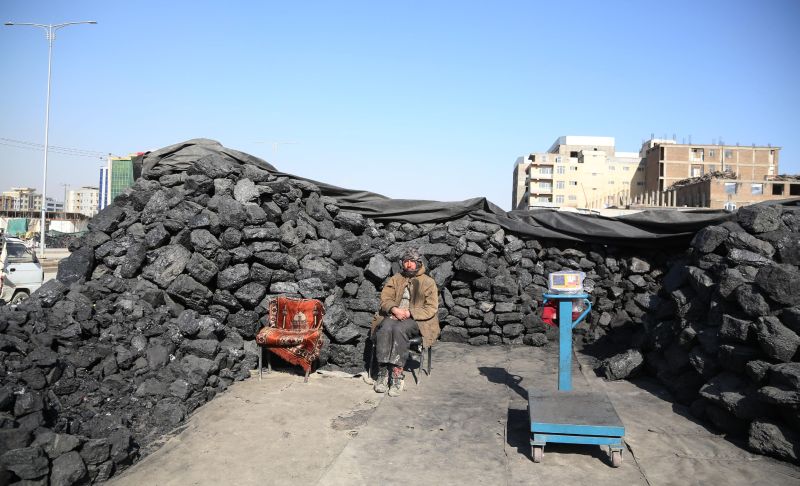 An Afghan man waits for customers at a coal market in Kabul. (IANS File Photo)

New Delhi, August 16 (IANS): A financial assessment on Friday revealed a massive 90 per cent decline in coal power investment in India in 2018 compared to the previous year.

The report looks at coal and renewable energy project finance made in 2018 and compares that with the numbers in 2017.

"Coal vs Renewables 2018" -- an annual energy investment trend report -- recorded a significant drop in lending to coal power projects compared to the lending received in 2017.

The report by the Delhi based financial institute Centre for Financial Analysis analysed project finance lending to 54 energy projects that reached financial close in 2018.

According to the report, of all energy project finance profiled in the study, 80 per cent went to renewables while coal received 20 per cent.

Whereas of the total lending to renewable power projects (Rs 24,442 crore/$3.55 billion), Rs 18,263 crore ($2.64 billion) came from majority privately-owned commercial banks. This trend is consistent with findings from 2017.

In 2018, some states clearly paved the pathway for renewable projects.

Projects in Karnataka, Madhya Pradesh and Gujarat attracted half of the entire country's project finance for renewables across 23 solar PV and wind projects.

As against these, Chhattisgarh and West Bengal together attracted project finance for three coal-fired power projects but no renewables.

Joe Athialy, Executive Director with the Centre for Financial Accountability, said: "Our analysis shows that investments in coal power are reducing at a significant pace, this trend consistent with global market forces."