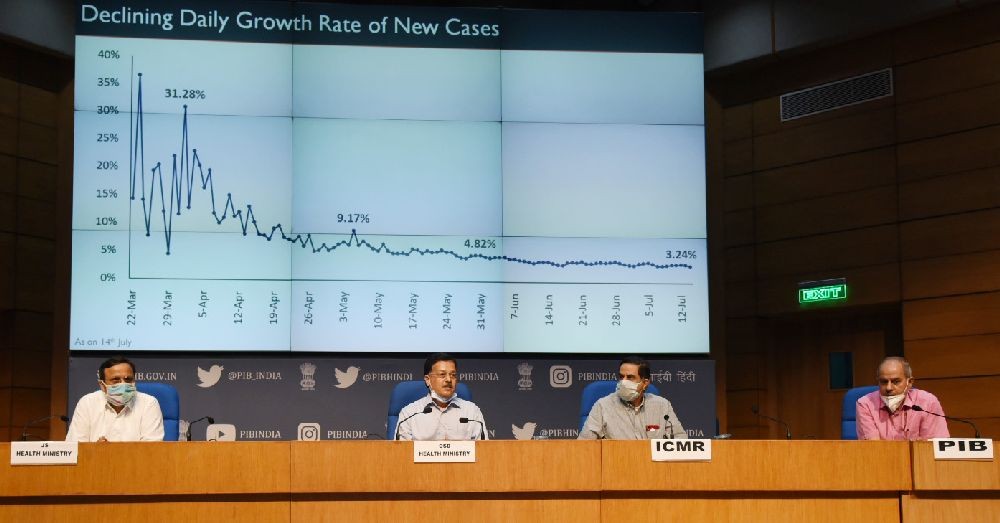 New Delhi, July 14 (IANS) The Union Health Ministry said on Tuesday that 86 per cent of the total number of coronavirus cases in the country are confined to 10 states, adding that the fatality rate has come down, while the recovery rate has improved.

India is currently the third-worst affected country in the world with 906,752 coronavirus cases as on Tuesday.

"Eighty-six per cent of the total cases are confined to 10 states. Two of these account for 50 per cent of the cases -- Maharashtra and Tamil Nadu -- while eight other states have 36 per cent cases," said Rajesh Bhushan, Officer on Special Duty, Ministry of Health and Family Welfare.

Highlighting another important aspect, Bhushan said that the national fatality rate is 2.6 per cent, which is significantly lower than the global average. He said that assistance is being given to the states with high fatality rate through teleconsultation.

"We have started a special intervention. On Tuesday and Friday, a group of doctors from AIIMS engage with the ICU doctors of treating hospitals in other states through teleconsultation and try to resolve the problems that they are facing in saving critically ill patients," he said.

The official said that there are 20 states whose recovery rate is more than the national average of 63 per cent. Of these, Tripura, Chandigarh, Madhya Pradesh, Rajasthan, Himachal Pradesh, Haryana, Chhattisgarh, Uttarakhand, Delhi and Ladakh have a recovery rate of more than 70 per cent.

"From May 2 to May 30, there were more active cases. Now, the recovered cases are 1.8 times more than the active ones," Bhushan said, building further on his argument.

The Health Ministry official claimed that the country is conducting enough tests. "WHO says if you are testing 140 people per day, per 10 lakh, it would be indicative of comprehensive testing. There are 22 states which are doing this," he said.

Bhushan further said that the number of labs has increased. At the start of the pandemic, the country had 101 labs, but now it has 1,206 labs and 280 stations for rapid antigen tests.

Meanwhile, the Indian Council of Medical Research (ICMR) said that the Drug Controller General of India (DCGI) has given clearance to two indigenous vaccine candidates for human trials. Study is being done on 1,000 volunteers each at different sites.

"The vaccines have undergone successful toxicity studies in rats, mice and rabbits. Data was submitted to DCGI following which both these got clearance to start early phase human trials this month," said ICMR Director General Balram Bhargava. 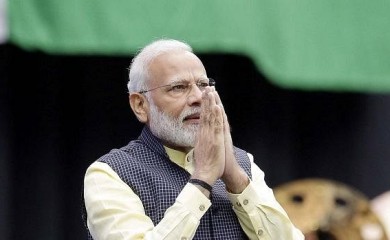 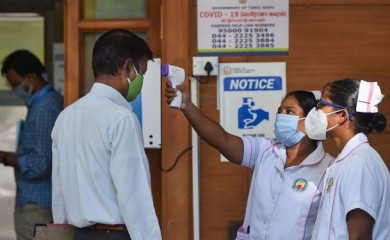 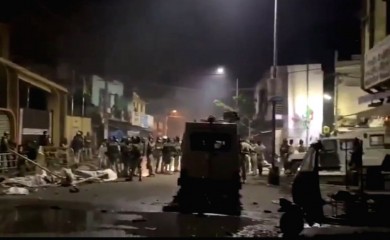 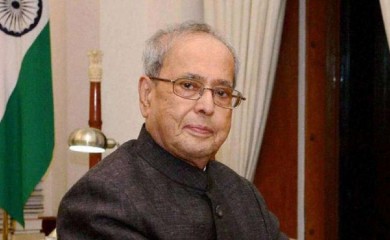