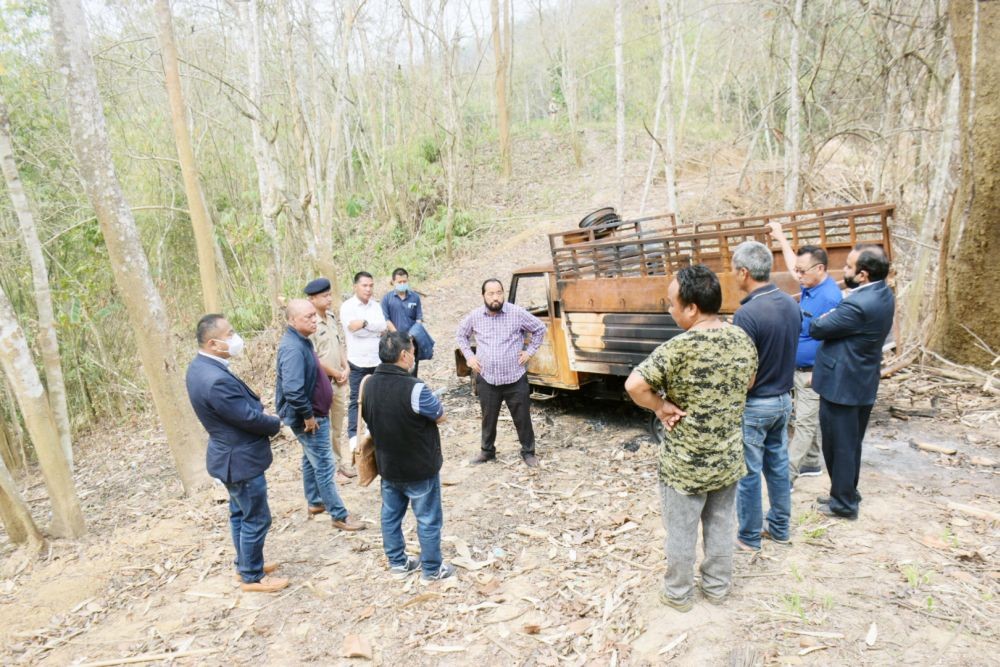 According to a DIPR report, the Dy CM was accompanied by members of the Cabinet sub-committee constituted earlier for boundary demarcation between Dimapur and Peren districts comprising of Ministers Neiba Kronu, Paiwang Konyak, Pangyu Phom and Kashiho Sangtam.

The team visited the place of occurrence of the March 22 incident and also the burial site of the 3 persons who lost their lives in the incident, the report informed.

Later, during a brief meeting held at 9th IR Battalion HQ Saijang, Patton appealed for maintaining peace and tranquility by taking care of law and order situation especially in the disputed areas so as to avert untoward incidents and prevent further loss of life and property.

He further appealed for strict adherence to the guidelines of the status quo issued by the government. Patton reiterated that the government was serious on the disputed area issue and stated that the Special Investigation Team (SIT) which was constituted on March 23 after the unfortunate incident is undertaking ‘full-swing’ investigation.

The Dy CM said that those found guilty would be punished as per relevant law after the submission of SIT report.