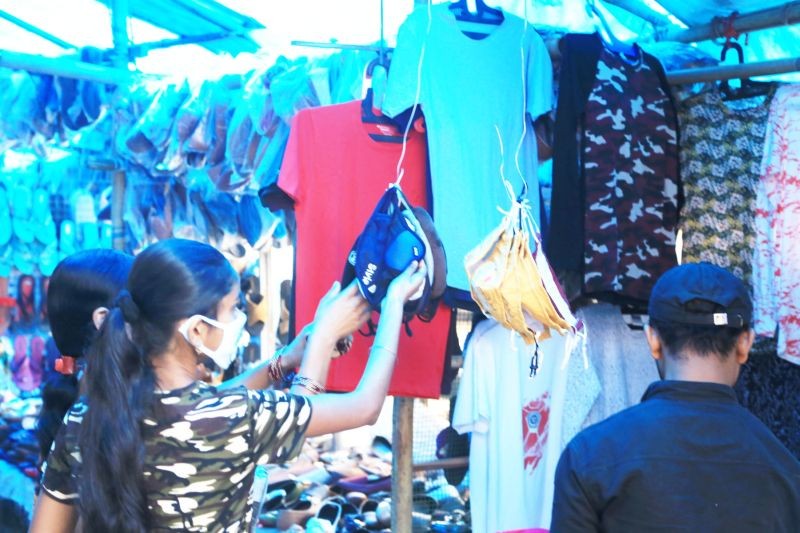 Subsequent to a recent superspreader event raising the COVID count, Nagaland reported 27 new COVID-19 cases this week (April 3-9). According to the state Integrated Disease Surveillance Programme’s (IDSP) weekly COVID roundup released on April 10, the cases were detected from a total of 2,189 samples returning a positivity rate of 1.2 percent for the week. It included 20 traced contacts and 7 travellers.

Further, the two districts also accounted for the most number of confirmed COVID fatalities— Dimapur- 52, Kohima- 21.

There were no new fatalities with the death toll unchanged at 91 (10 not COVID related). However, the IDSP cautioned that deaths among persons above the age of have been high at 2.6 percent than the overall rate of 0.6 percent. It said, “Vaccines offer the best chance against severe disease or death and all eligible citizens should get protected at the earliest. COVID-19 is not just a flu.”

According to the IDSP data, of the 81 confirmed COVID deaths, 74 were in hospital, 4 at home, 2 on the way to hospital and 1 brought dead.

India COVID
Citing inputs from the Union government, the IDSP informed that six states have already imposed partial lockdowns to curb transmissions and the next four weeks will be critical to India’s response against the second wave.

Maharashtra, Chhattisgarh, Uttar Pradesh, Delhi, Karnataka, Kerala, Madhya Pradesh, Tamil Nadu, Gujarat and Rajasthan have accounted for the majority of cases in recent weeks with 83.2 percent of the new cases reported from these 10 states.

Globally, cases continued to increase for the sixth consecutive week with 4.3 million cases reported in the past week with the death toll nearing the 3 million mark.

Further citing World Health Organisation data, it said that the maximum increase in deaths has been reported from the South East Asia region, while India reported the highest number of cases globally in the past week.

Over l lakh vaccinated
The vaccination drive, which started on January 16, in Nagaland has crossed the one lakh mark. As per the IDSP, a total of 1,08,565 doses have been administered as on April 9. The total was inclusive of 28,287 number of the second dose. It added that 19,216 doses were administered this week which happened to be the maximum doses administered in a single week so far.

In line with the Prime Minister’s call for a four-day ‘Vaccination Festival’ from April 11-14, the IDSP informed that additional vaccination centers will be set up at “workplaces with higher beneficiaries in the coming days”. “There will be intensification of IEC activities during the mentioned period. All vaccination activities will be carried out with strict adherence to COVID-19 safety measures.”

Every citizen has a responsibility

As the threat of a second wave knocks at our door, all citizens are equally responsible in breaking the chain of transmission. The threat of a spike in infections is much more now as borders are open along with relaxations of many SOPs. Laxity and fatigue in adherence to COVID-19 appropriate behaviors are major threats to the state. Citizens must understand that there is also tremendous fatigue among healthcare and frontline workers and all cooperation and support will be needed at this vital phase. All travelers should have a negative test on arrival, COVID-19 vaccination certificate or observe 10 days quarantine as in SOP. The community should also keep a check on travelers in respective wards/ villages/ colonies for adherence to SOPs. Wearing a mask, maintaining physical distancing and hand hygiene along with vaccination of the most vulnerable is critical at this juncture.
(Source: IDSP, Health & Family Welfare, Nagaland)

9 years since sanction, road in Pungro yet to be completed
Nagaland / 4th May 2021